The Resurrection, initial from Antiphoner 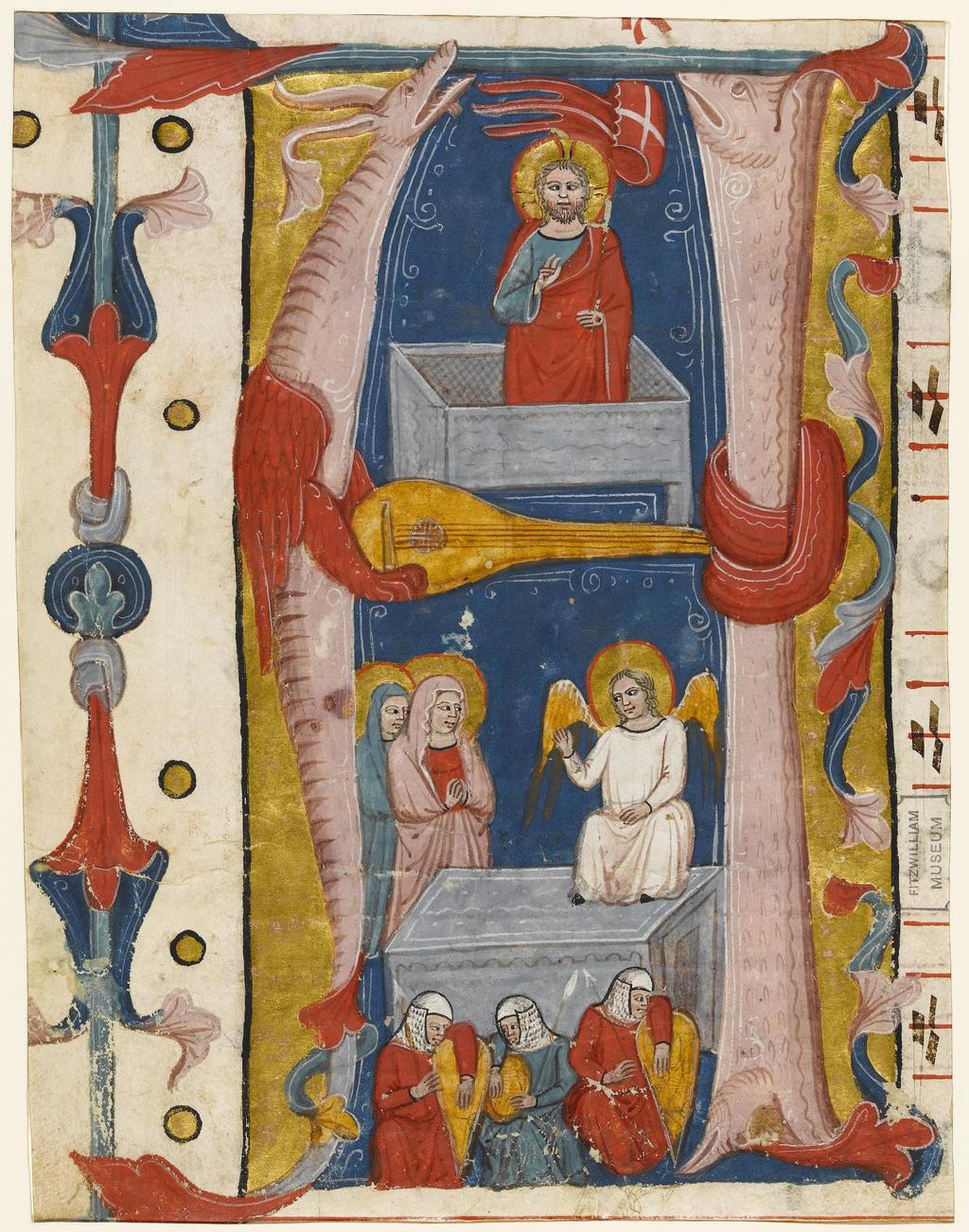 Illuminated manuscript. Initial from an Antiphoner. Production Place: Central Italy. Parchment, gold, 226 x 174 mm, four musical staves ruled in red ink, four lines of fragmentary text ruled in plummet, circa 1350. CONTENTS: On reverse, the antiphons for the psalms of the first nocturn at Matins for Easter Sunday, [Postulavi patrem meum alleluia de]dit michi gentes [alleluia in here]ditatem alleluia … Evovae. A[ntiphona] Ego dor[mivi et somnu]m cepi et resurre[xi]; the initial introduced the responsory to the first lesson at Matins for Easter Sunday (Angelus domini descendit de celo), and would have been on the verso of the original leaf. DECORATION: Historiated initial, with staves formed of an elongated dragon and fish, and cross-bar formed of a stringed instrument, on a ground of solid gold with acanthus motifs extending to form border in margin: [A] The Resurrection, in the lower compartment, the angel appears to two Marys while the soldiers sleep, in the upper compartment, Christ stands triumphant in the empty tomb. ORNAMENTATION: on reverse, one red initial with brown pen flourishing, height of width between staves.