Derby porcelain figure of a taylor riding a goat 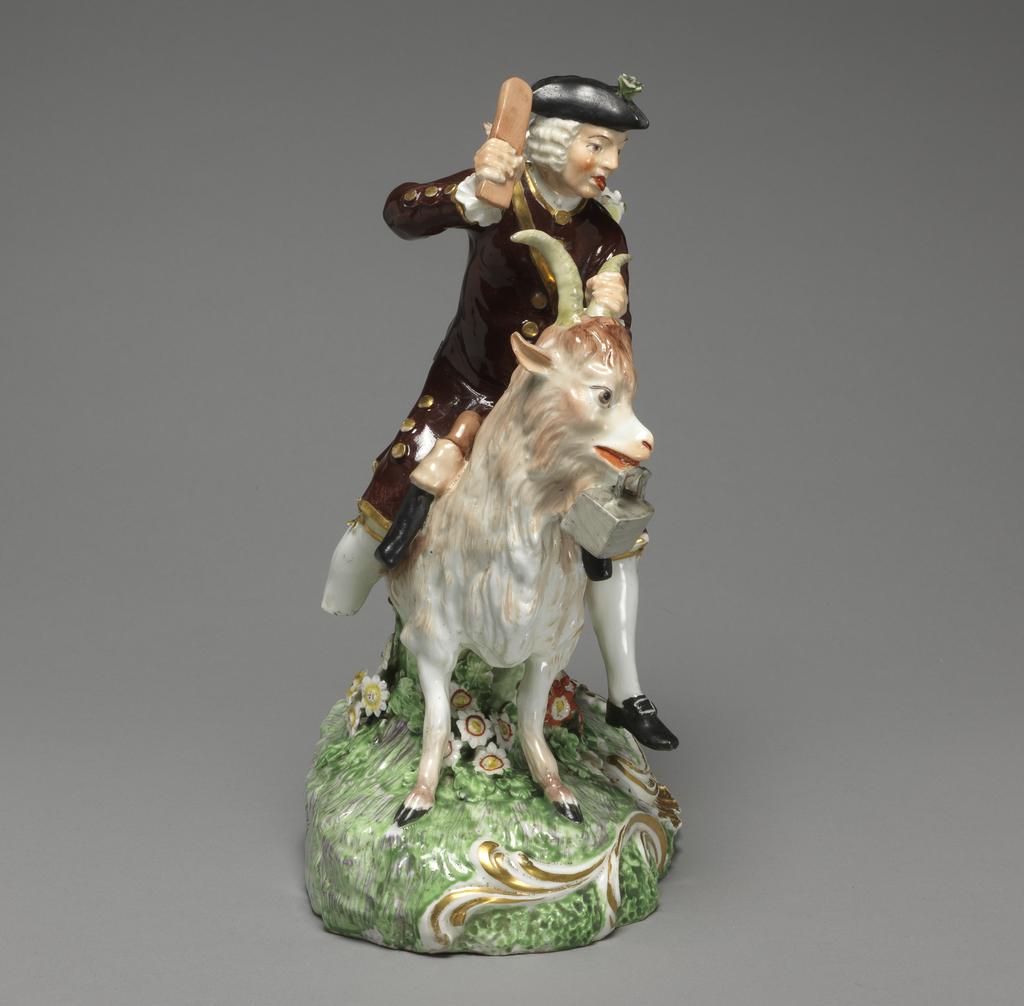 Figure. Taylor riding on a Goat. Derby Porcelain Factory, England, Derbyshire. Kändler, Johann Joachim, modeller, after (German, 1706-1775). Eberlein, Johann Friedrich, modeller, after (German, 1696-1749). The rounded oval mound base is moulded round the front with a rocaille frill flanked by scrolls, and rises up in the middle into a circular green stump decorated with four clumps of applied flowers and leaves. The taylor rides on a Billy goat which is going to the viewer’s left, supported underneath by the stump. He holds the goat’s left horn in his left hand and in his raised right hand holds a bat. He has a ruddy complexion, red lips, and a white wig. He wears a black tricorn hat, a dark brown coat with gold edges and buttons, gold garters at the knee of his beeches, and black shoes with buckles. A basket containing two kids is strapped to his back, and a pair of scissors, two small bags, and some rolled white material protrude from his left pocket (facing the viewer). The goat is painted in shades of brown, and has yellowish-grey horns, and black hooves. A pair of pistols is suspended in holsters on either side of its neck, and it carries a flat iron in its mouth. The base is coloured green and brown, the flowers are white and red with yellow centres, white and blue with yellow centres, white with yellow and red centres, and white with yellow centres. The scrolls and ‘frill’ are picked out in gold. Soft-paste porcelain, slip-cast, with applied hand-modelled details, lead-glazed, and painted overgraze in enamels, and gilt. The underside has a large, circular, central ventilation hole, and has been ground down to level it so that very little glaze remains. Height, whole, 24.2 cm, length, base, 18 cm, circa 1800. Rococo.