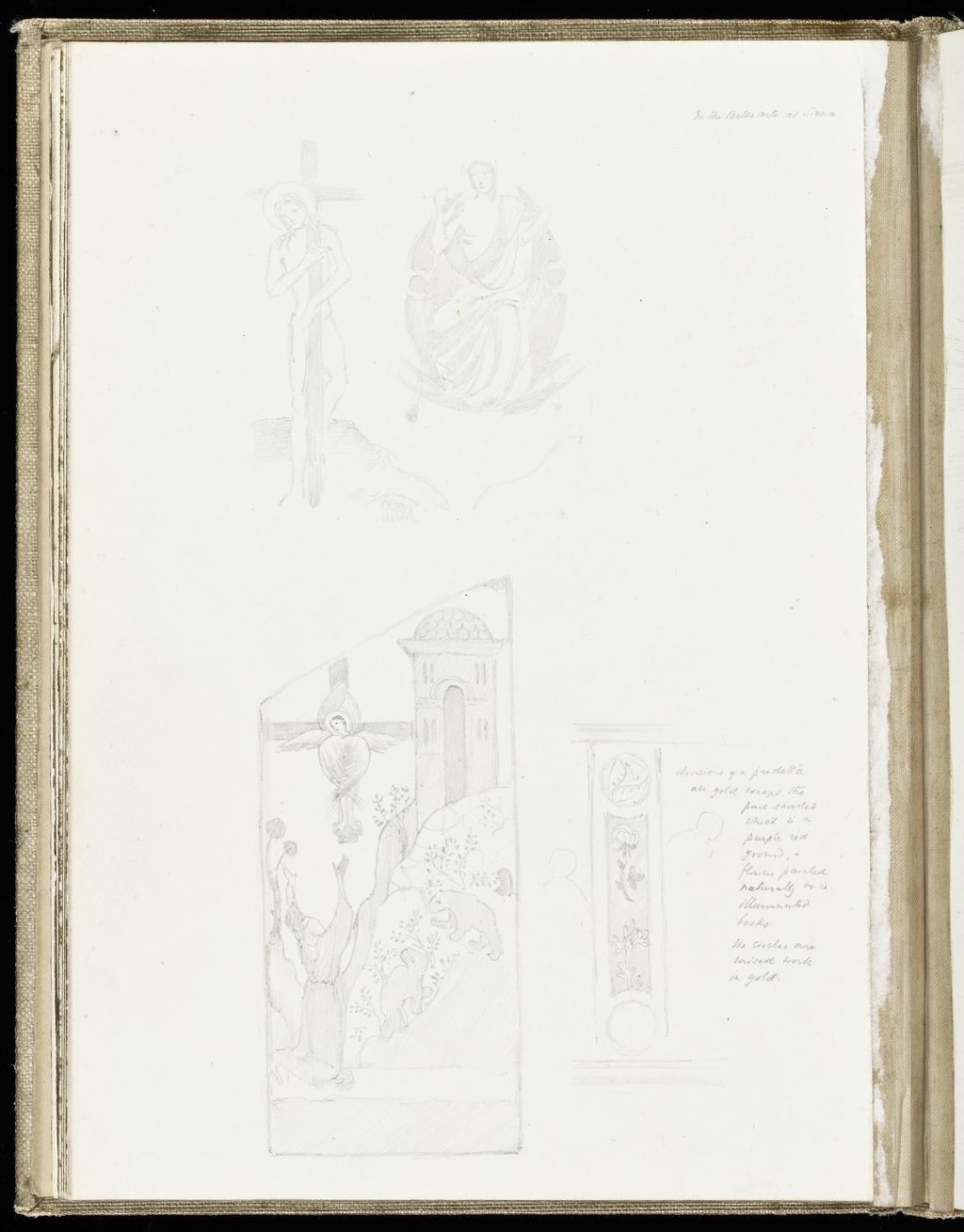 Sketchbook. Recto: Sketch of two galloping horsemen. Verso: Sketches of Christ holding his cross and Christ enthroned; below, copy of 'St Frances receiving the Stigmata' from the School of Guido de Siena at the Pinacoteca di Belli Arte; to right, a division of a predella. Burne-Jones, Edward (British, 1833-1898). Coverboards covered with white linen. Front cover has horizontal slits at the upper and lower right sides. Off-white paper. Collocation: each sheet is separately taped to the binding; there are 28ff and a single beige sheet on either side of these. Front and back leaves are blank, recto and verso. Height, sheet size, 179 mm, width, sheet size, 254, mm, 1873.