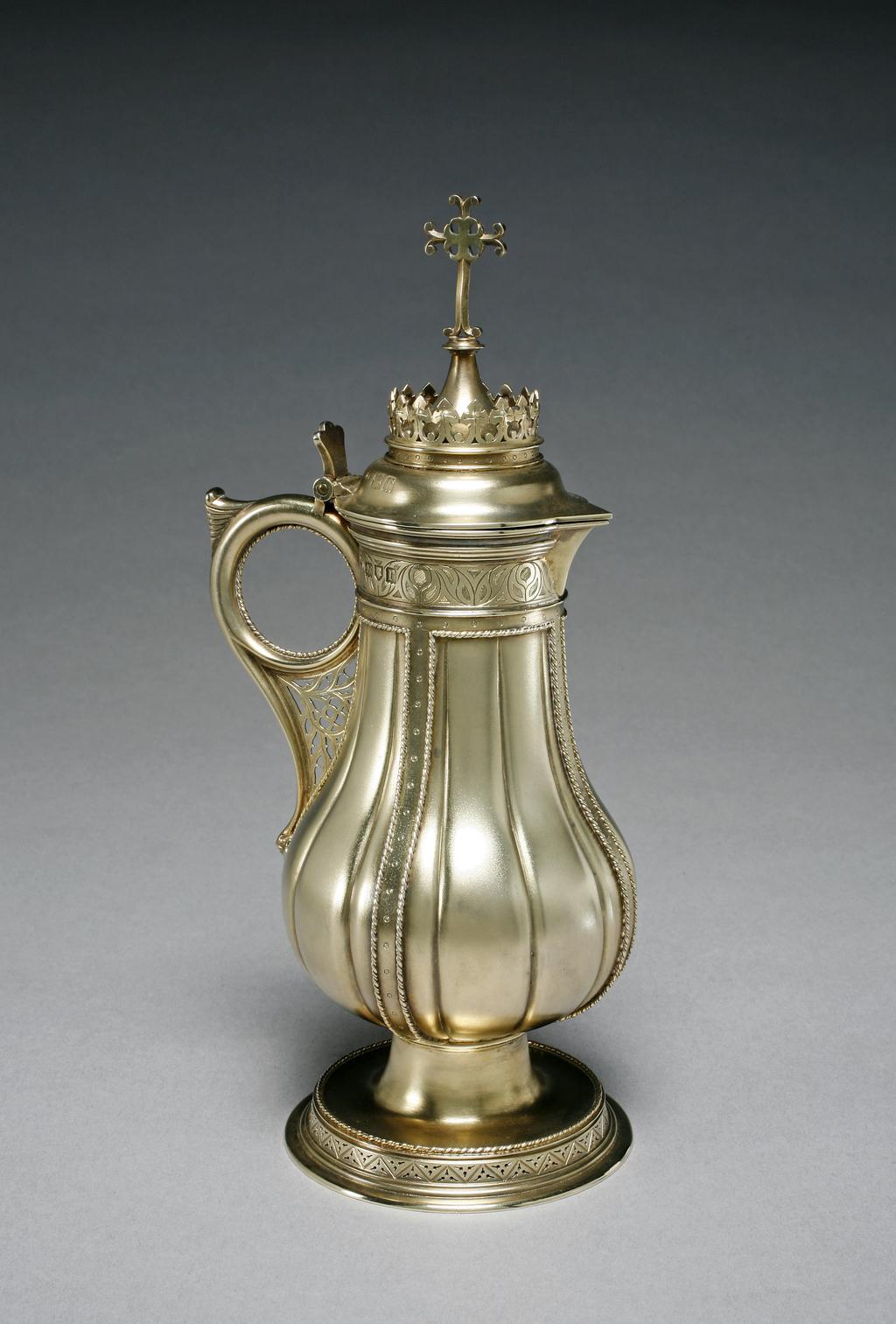 Church Plate. Cruet. Keith & Co, London. The cruet has a baluster body and sparrow's beak spout, and stands on a stepped circular spreading foot. A border at the top of the body is engraved with a Gothic pattern of leaves, beneath which the body is fluted and devided into four panels by applied straps decorated with punched circles and a rope edge. The foot stands on a pierced gallery beneath an applied rope border. The slightly domed hinged cover is surmounted by a cross rising from a ring of trefoils. The handle is formed from a rope edged circle within a scroll, the area between being filled with a pierced grill of Gothic design. On the base is an inscription: To the Honour of God / and in memory of / Reginald Charles Coleridge / this Flagon was presented to / Hartford Parish Church / by his friends / many of whom were his comrades / in the Church Lad's Brigade / and the Boy Scouts / he went to his rest on the / 15 April 1912 / his body went down into the deep / with the wreck of the S.S. Titanic / and now sleeps in the hope / until the Sea shall / give up Her dead. Silver-gilt and matted, 1907-1908. Gothic Revival. On loan from Hartford Parish Church Council.