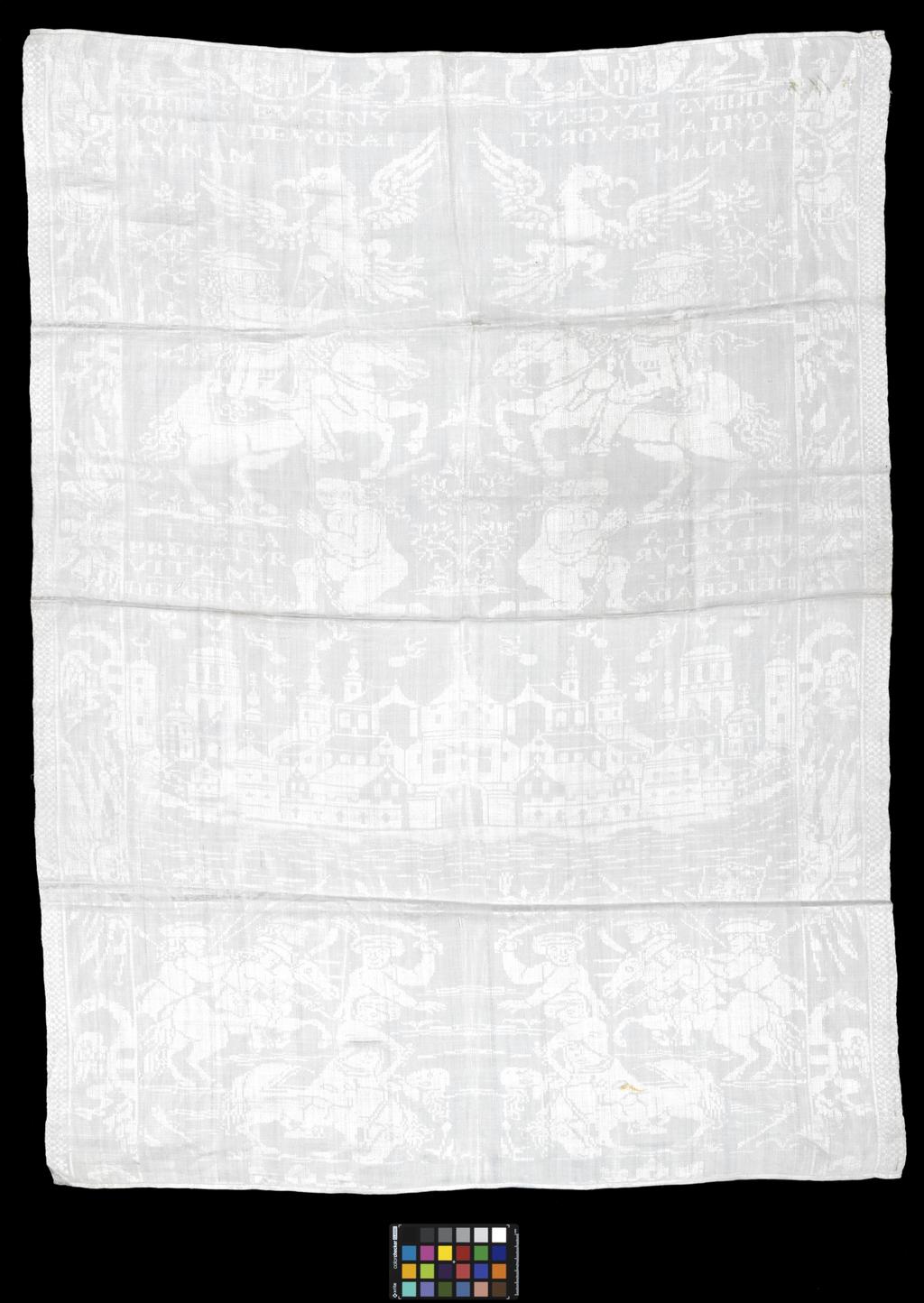 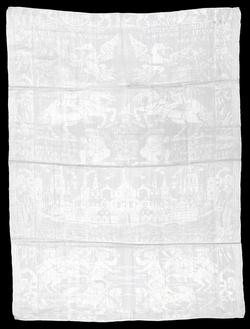 Damask napkin with an outer chequered border (on two sides only) and an inner border consisting of the Eagle of the Empire.

The central napkin motif contains a symmetrical pattern of six horizontal bands, each containing two repeats of the different patterns. 1-the lower portion of a coat of arms. 2- an eagle with a crescent moon in its beak and the inscription 'Viribvs evgeny aqvila devorat lunam' 3- a horseman. 4- a man with his hands chained kneeling with the inscription "Turca precatur vitam". 5- a city (possibly Belgrade) 6- a battle scene

The napkin commemorates the defeat of the Turks in Belgrade in 1717. 'Evgeny', or Eugene of Savoy in the spring of 1716 was appointed to command the army of Hungary; and at Peterwardein he gained (5th of August 1716) a signal victory over a Turkish army of more than twice his own strength. In recognition of this service to Christendom the pope sent to the victorious general the hat and sword which the court of Rome was accustomed to bestow upon those who had triumphed over the infidels. Eugene won another victory in this campaign at Temesvr. But the ensuing campaign, that of 1717, was still more remarkable on account of the battle of Belgrade. After having besieged the city for a month Eugene found himself in a most critical, if not hopeless situation. He had to deal not only with the garrison of 30,000 men, but with a relieving army of 200,000, and his own force was only about 40,000 strong. In these circumstances the only possible deliverance was by a bold and decided stroke. Accordingly on the morning of the 16th of August 1717 Prince Eugene ordered a general attack, which resulted in the total defeat of the enemy with an enormous loss, and in the capitulation of the city six days afterwards

Given by the Marchioness of Bristol

The first Latin inscription, deliberately changes Eugene to Evgeny, to retain regularity in the dactylic hexameter of the epic meter utilised. 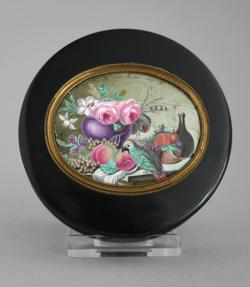 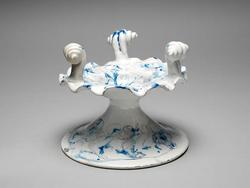 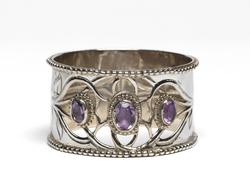 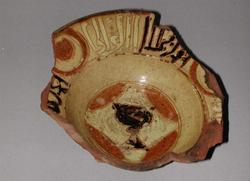