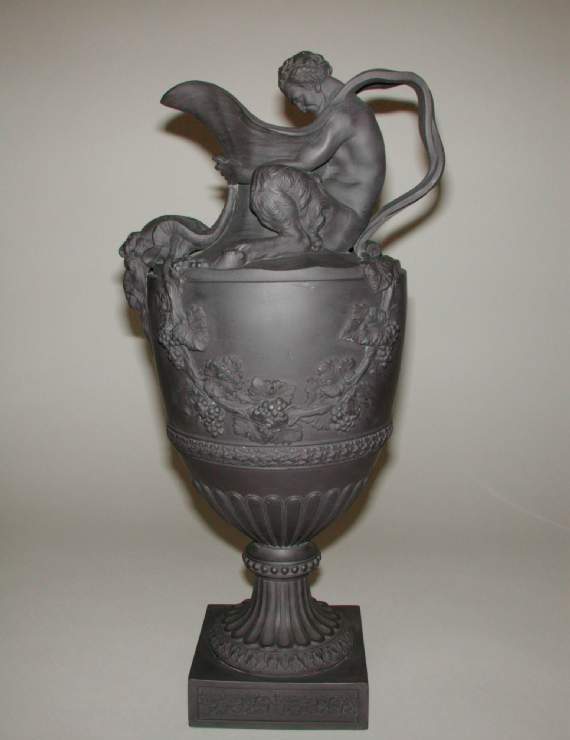 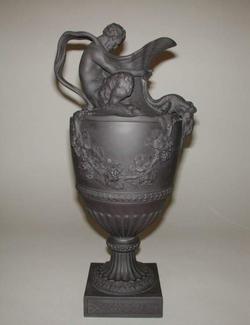 Black basalt, moulded. Of antique ewer form standing on square plinth. The ewer for wine (B) is decorated with a satyr seated on the shoulder holding the neck, a goat's head on the shoulder at the front, and on each side, a swag of fruiting vine. The plinth is decorated with panels of interlacing branches. The plinth, foot and vase is held together by a rod, disk, and nut. A pair with MAR.C.1A-1912.

John Flaxman Senior (1726-95) provided designs and plaster models for the ewers and invoiced Josiah Wedgwood in 1775 for 'A pair of Vases, one with a satyr & the other with a Triton Handle £3.3s.' (Wedgwood Archives, University of Keele, L1-204). The plasters are in the Wedgwood Archives.

The design probably originated in a pair of plaster vases, one decorated with a triton and one with a satyr, symbolizing water and wine, exhibited at the Académie de Saint-Luc in Paris in 1774 by Sigisbert-François Michel (1728-1811), nephew of Claude Michel, known as Clodion (1738-1814). See Documentation.

Moulding : Black basalt, moulded. The plinth, foot and vase is held together by a rod, disk and nut. 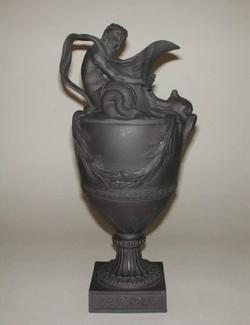 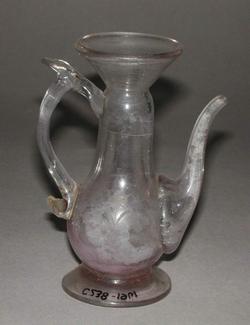 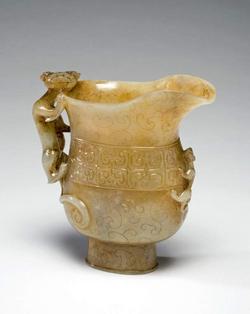