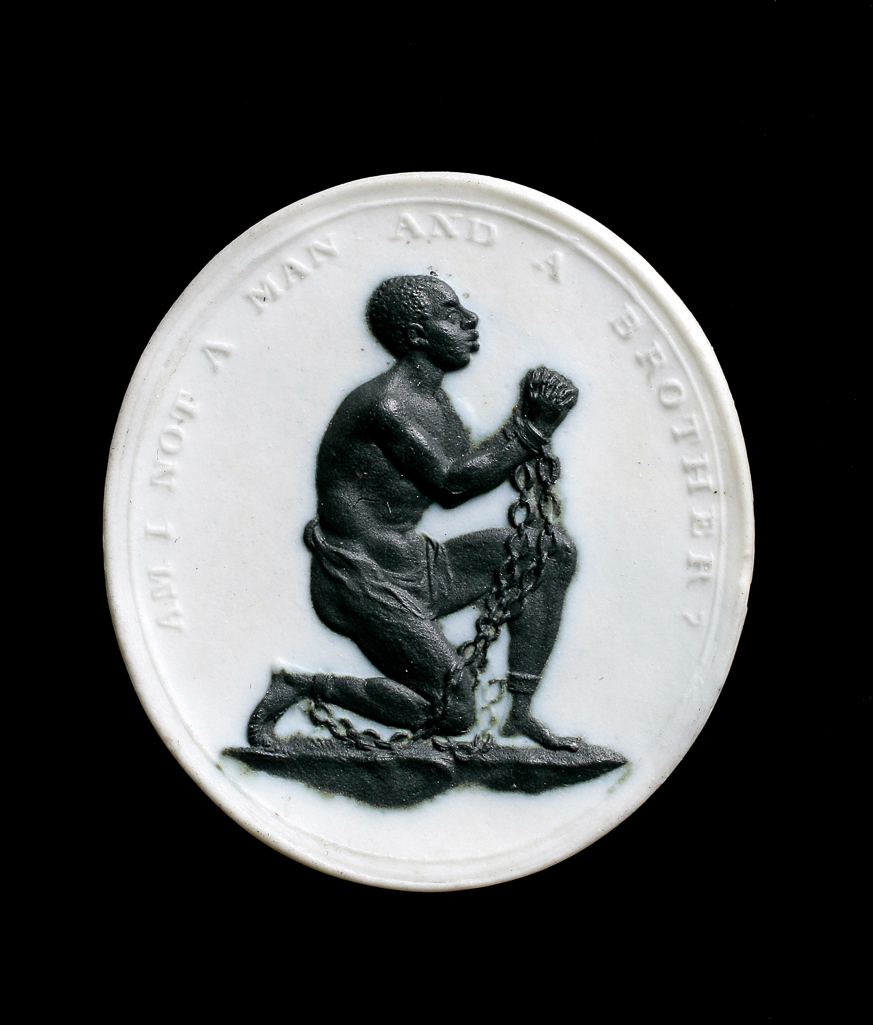 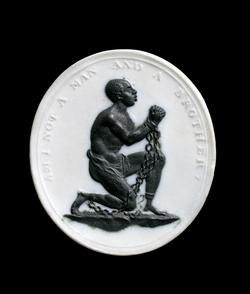 Jasper, white with black relief. Circular with depiction of an enslaved African man, shackled, kneeling, in profile to the right. Round the edge, the inscription, 'AM I NOT A MAN AND A BROTHER?'.

Given by Mrs G. E. Moore

Although this image proved effective at the time, some reformers advocated instead for images that focussed on the strength and dignity of those of African descent, instead of portraying them as powerless.

Slavery was abolished in England in 1833 but as it was not formally abolished in the whole of North America until 1865, many English slave owners continued to increase their wealth by selling enslaved people to American traders. Much of the wealth associated with the industrial revolution was directly connected to the trade and labour of enslaved people.

The medallions, made in Wedgwood’s famous jasperware (imitating ancient cameos), were incorporated into jewellery, shoe buckles, hairpins and campaign buttons, allowing supporters of the abolitionist movement to publicly demonstrate their support for the cause and help to spread word of the Society and its aims. The image, together with the accompanying phrase, ‘Am I not a man and a brother?’ became one of the most powerful symbols of the abolitionist cause and it was widely copied and adapted. It can be found painted on ceramic patch boxes, cast in metal medals and even woven and beaded in textile form. Wedgwood distributed these medallions widely, sending 500 to founding member of the Society, Thomas Clarkson, and 400 to Benjamin Franklin in Philadelphia. Franklin gave them to his friends and thanked Wedgwood, writing, ‘I am persuaded it may have an effect equal to that of the best written pamphlet in procuring honour to those oppressed people’.

This badge was used to advocate for the abolition (end of) the trade in enslaved African people. It was produced for the Society for the Abolition of the Slave Trade, formed in 1787, which campaigned vigorously in favour of a new law through the production of widely-distributed pamphlets, books, posters and prints. Famous ceramic manufacturer Josiah Wedgwood had long been a staunch abolitionist and after joining the Society, his factory began to produce medallions depicting this image, which is attributed to sculptor Henry Webber and prepared for production by modeller William Hackwood. 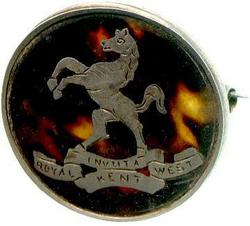 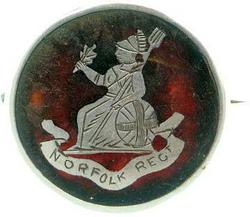 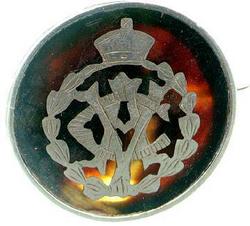 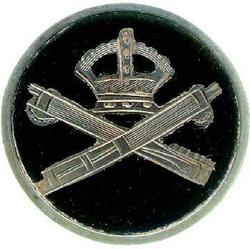 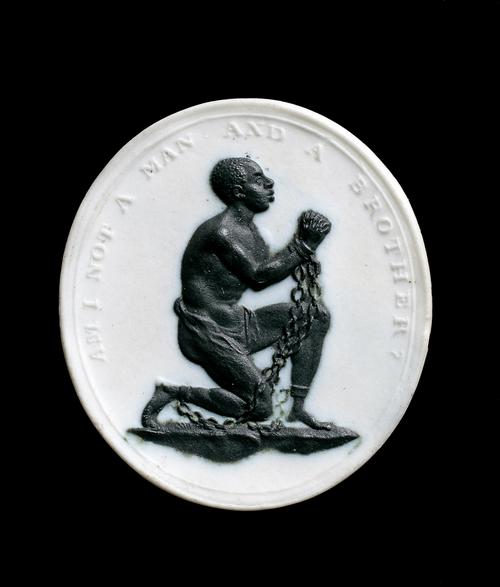