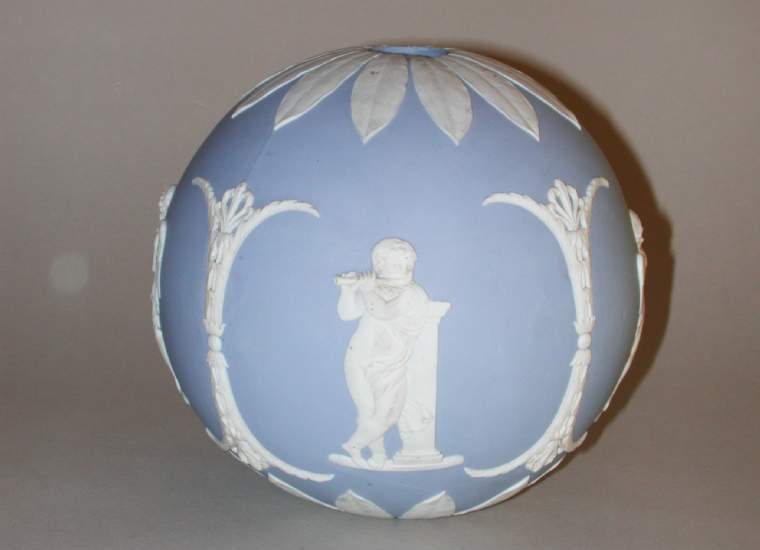 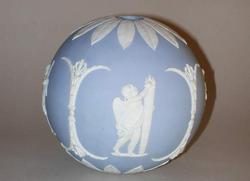 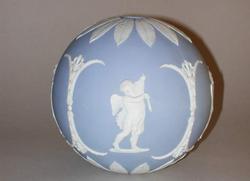 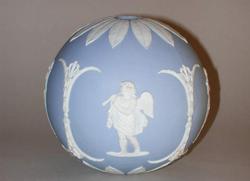 Jasper, solid pale blue with white reliefs. Globular with a central hole at the poles. Hollow. Decorated round the widest part with four putti: one playing a pipe or flute, one playing double pipes, one holding a large torch, and one holding a small torch, separated by honeysuckle motifs. Laurel leaves radiate from the apertures at the top and bottom.

The putti or erotes are from 'Sacrifice to Hymen'. Their source was the cinerary urn of D. Lucullus Felix, now in the Capitoline Museum. The octagonal urn has bearded masks at the top of the angles and a putto on each side. The series represent a miniature thiusos, a symbol of hope of life after death. It was supposed to have been found on the Via Appia and was in the Cesi and Albani Collections

This globe is probably an oil lamp or chandelier fitting, see Wedgwood Shape Book rebound 1916 (water-marked 1794), nos. 1243 and 1244, globular objects, smaller, with the same leaf motifs at intervals and different reliefs between them, headed 'Miller & Sons, London Lamp fittings June 28/62'. Below is no. 1247, apparently a circular ceiling rose, 15¼" in diameter with the same honeysuckle motifs and putti between them. 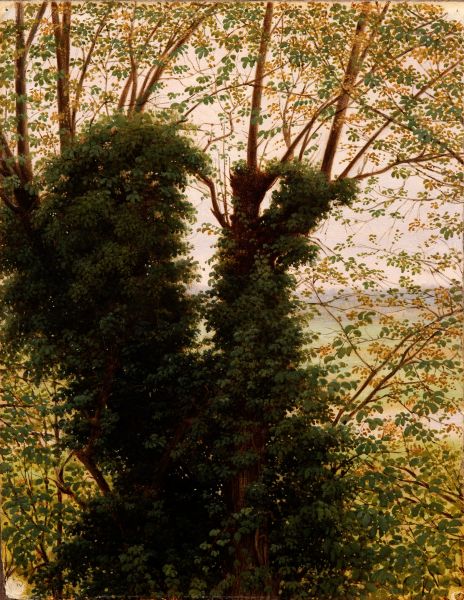 Study of a Tree