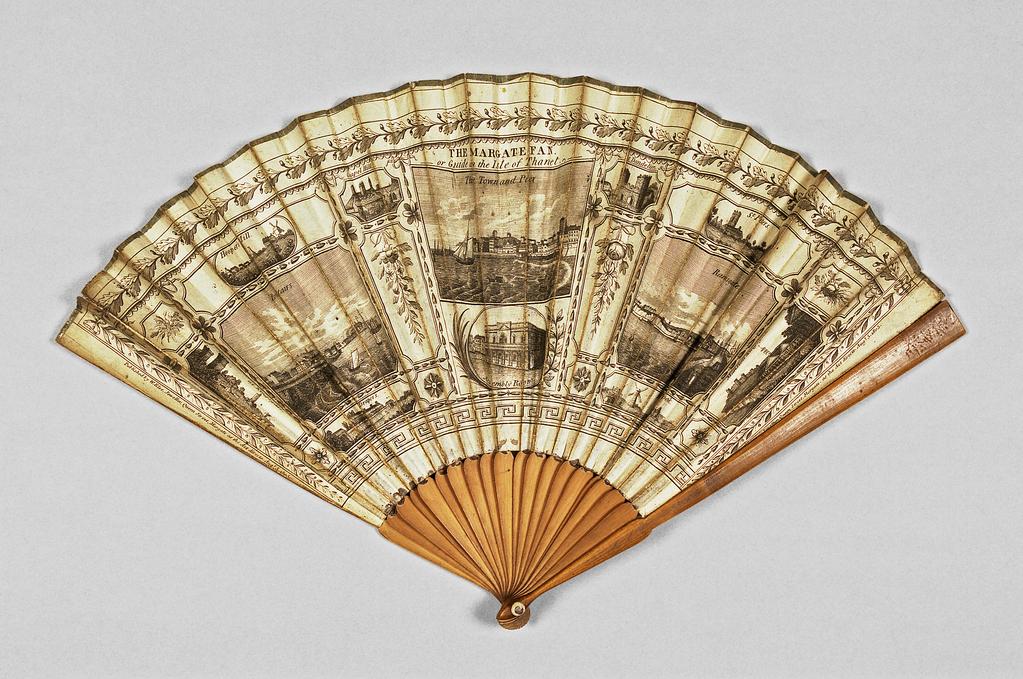 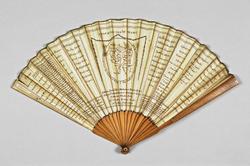 Double paper leaf printed in black on both sides. Sticks and guards of wood (18+2). Steel rivet with ivory washers. Front: The leaf is headed 'THE MARGATE FAN./or Guide to the Isle of Thanet'. The design comprises twelve views of Margate and neighbourhood headed 'The Town and Pier', 'Assembly Room', 'Hooper's Hill', 'Chapel Hill', 'at Dandelion','St. Peters', 'Mansion Kingsgate', 'Westbrook', 'Drapers', 'at Kingsgate', 'Ramsgate',and 'Broadstairs'. These are separated by panels containing flowers or stars. The top border is of oak leaves, the bottom of greek key, and the right and left of paired leaves and berries. The right and left edges of the leaf are inscribed 'Published by W.Else, Jeweller, Queen Street, Margate as the Act directs.Augt 5 1805'. Reverse: Headed 'A MAP OF THE ISLE OF THANET.' with an oval map below encircled by the words 'Thy fisheries yeild food, thy Commerce Wealth, I Thy Baths give Viger, and thy Waters Health'. On either side useful local information is listed: 'Yacht', 'Coaches & Diligences', 'Bathing Houses', 'Fashionable Walks, 'Fashionable Rides', 'Library', 'Lady's Straw Hat-Warehouse', 'Boarding Houses', and 'Assembly Rooms', 'Theatre', 'Banker','Dandelion', 'Distances'. On the left side the same inscription as on the front. Sticks and Guards: Undecorated. 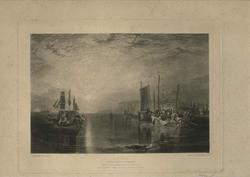 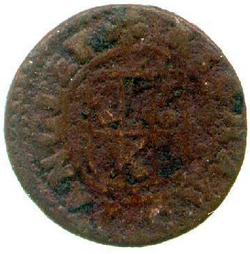 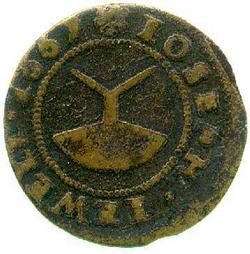 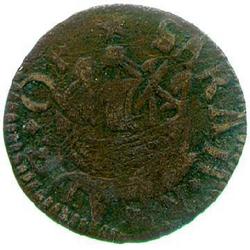