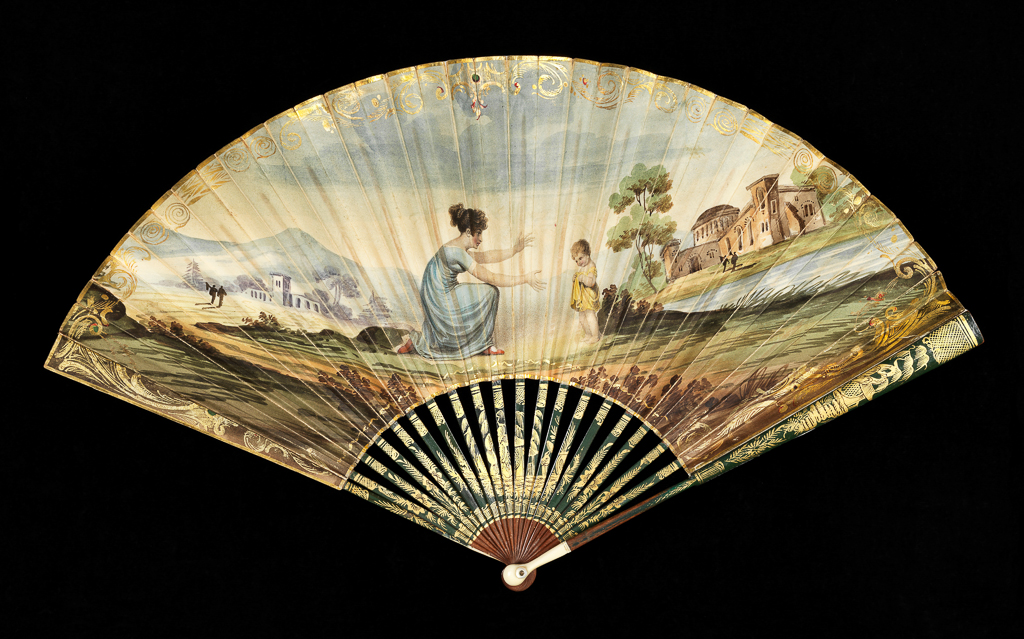 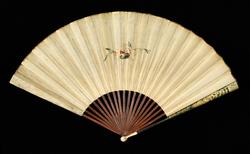 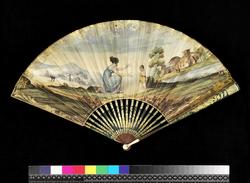 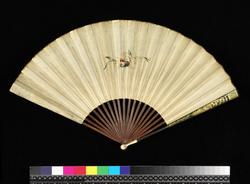 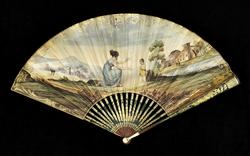 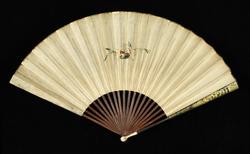 Double paper leaf stipple printed, painted in water-colours
and gilt. Gold paper binding on the upper edge. Sticks and guards of wood, lacquered green and gilt, the head of the latter strengthened with ivory (18+2). Rivet with mother-of-pearl washers. Front: In the middle a young mother kneels in profile, holding out her arms to a small boy standing in front of her. Landscape background with distant hills, a lake or river and buildings. Gilt scroll border on the left, upper and right sides. Reverse: A floral spray in red, pink, green and gold. Sticks and guards: Oriental style plants, a pavillion by a tree and criss-cross diaper. The green lacquer and design stops short of the head. Reverse plain wood.

The source of the design was an engraving by M.N. Bate after Adam Buck (1759-1833) entitled 'Step by Step' in the series 'The Progress of Human Life'. It was printed by Ackerman, 101, Strand, London.