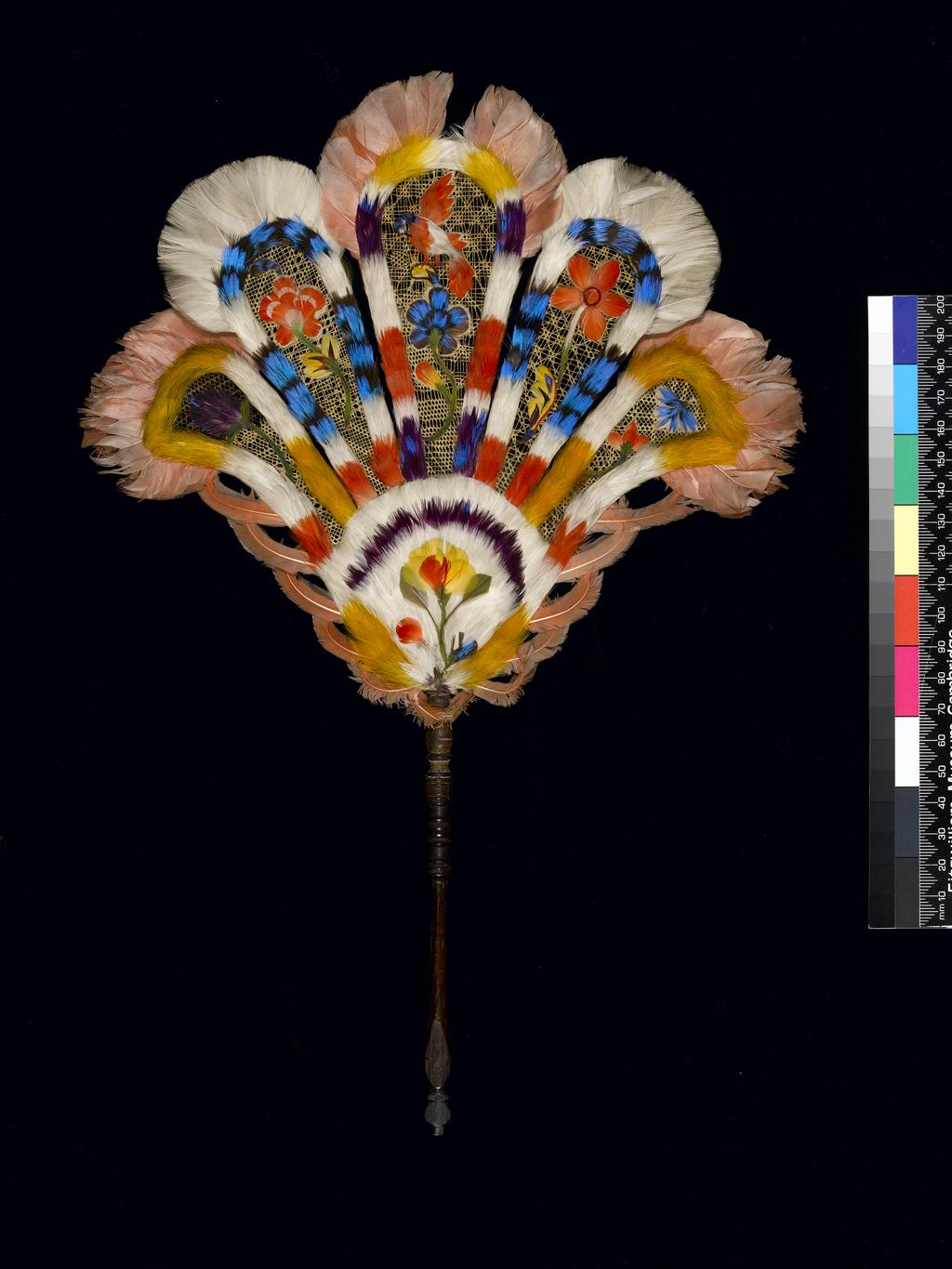 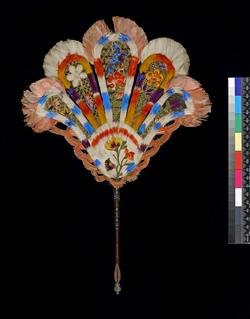 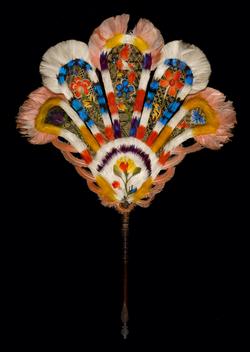 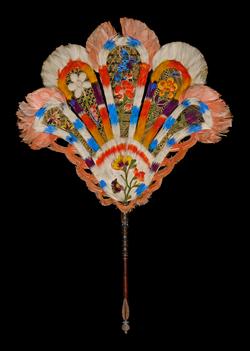 Woven gut panels mounted on concealed frames, decorated with feathers of the purple-breasted cotinga (cotinga amabilis) and other birds; stick of turned wood. The fan is composed of five separate sections of drawn thread work on concealed frames. The frames are covered with feathers in bands of different colours and there is a border to each section of more feathers. The central scenes of flowers and birds are composed of feathers and stitched into place on applied fabric grounds and are different on each side. The whole is mounted on a turned, wooden handle.

Fixed fans were used to cool or shield the face or as fly swats.

Place of manufacture and assembly uncertain; the leaf was probably made in South America or Central America whilst the handle is probably European, possibly either English or Dutch.

The blue and purple feathers match those of the purple-breasted cotinga (cotinga amabilis), found in Brazil, the Guyanas and Surinam. Although not identical, the bird forming part of the decoration on this side of the fan may have been intended to represent that cotinga. The other feathers have yet to be identied, but may come from members of the same species. 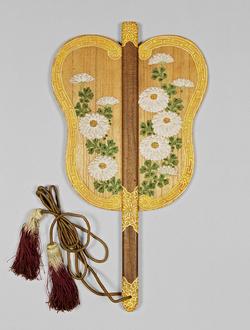 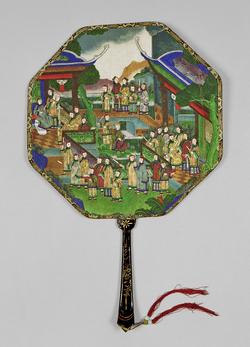 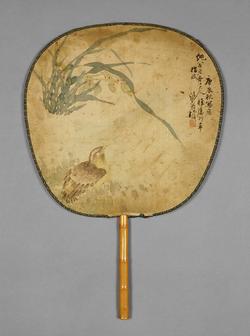 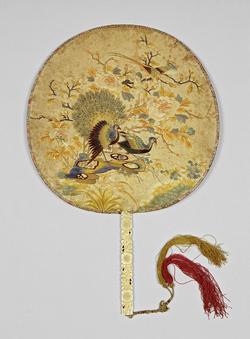 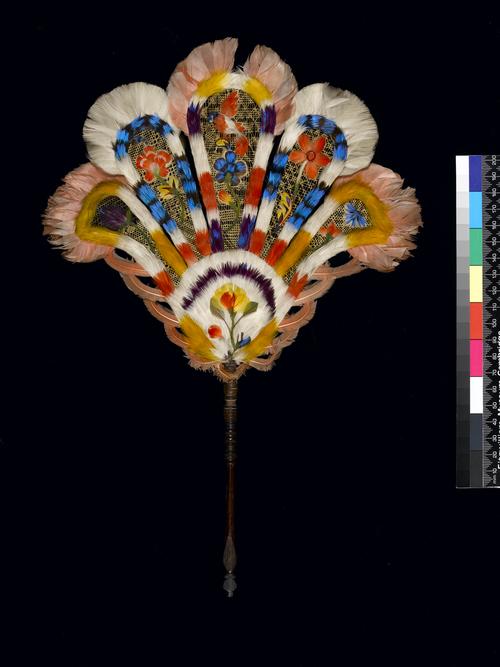