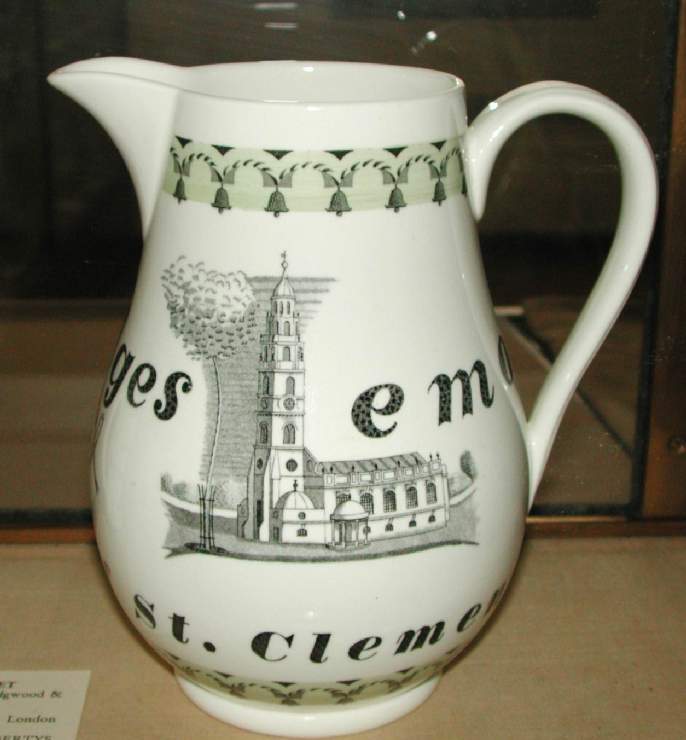 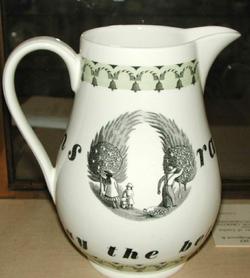 Earthenware, printed underglaze in black and painted overglaze in green enamel with a design illustrating the nursery rhyme title, 'Oranges and Lemons'.

Cream earthenware printed underglaze in black and painted overglaze in pale green enamel. The pear-shaped jug has a loop handle and sparrow-beak spout, and stands on a foot-ring. The underside is recessed and glazed. The sides are decorated around the middle with the inscription, 'Oranges & Lemons: the 'O' formed by a vignette showing a woman and a man picking fruit, assisted by a small girl: the ‘&’ by a pink and black striped bell rope; the 'L an image of a church with a tall tower, beside a tree. Below, the inscription continues: 'Say the bells of St. Clements'. Around the top and bottom there is a border of pendant bells in a pale green band. The spout, inside and handle are unpainted, a slight indentation decorates the outside of the handle.

This jug is part of a ‘lemonade set’ comprising a jug and four mugs, originally made for sale through Liberty’s and later distributed more widely. The set illustrates old London churches, using the theme of the nursery rhyme ‘Oranges and Lemons’. Here, St Clement's Church, Eastcheap, is shown with fruit-pickers, and the first line of the rhyme - a reference to the nearby wharves where citrus fruits were unloaded. 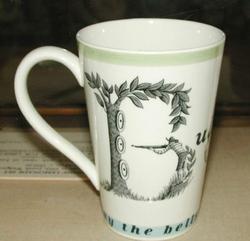 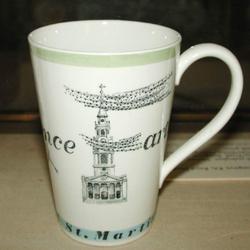 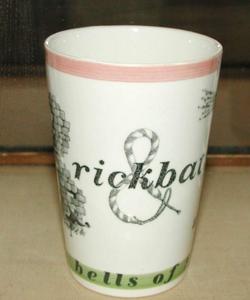 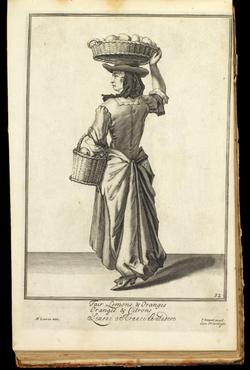