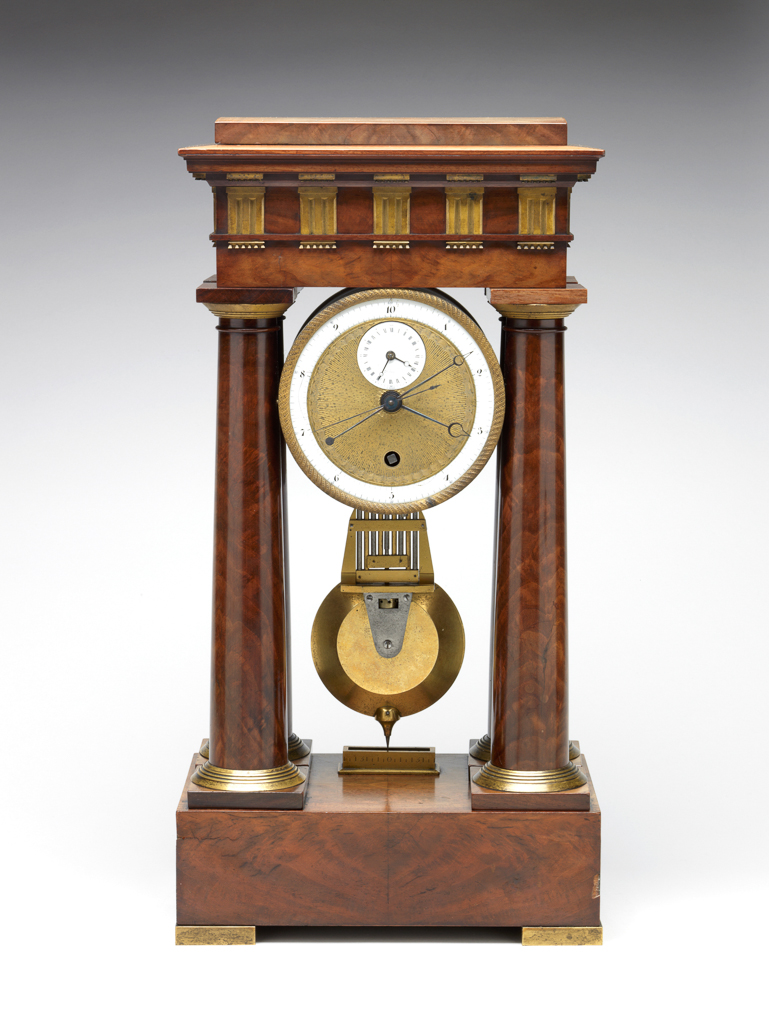 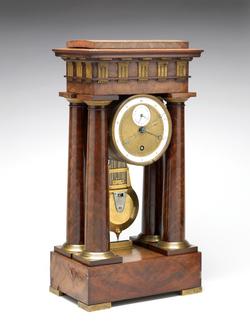 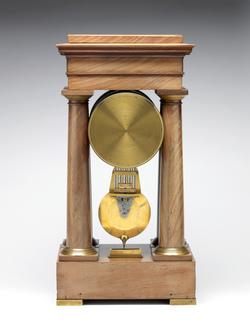 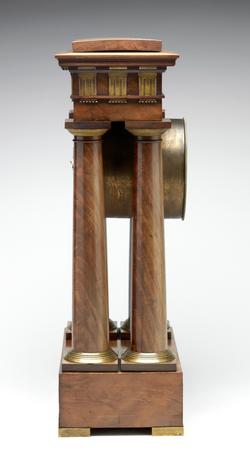 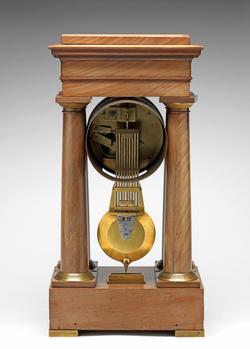 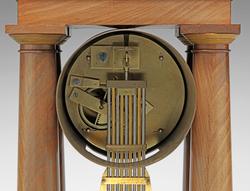 Pine case veneered with mahogany, with dials showing decimal time and duodecimal time. The movement with 'dead-beat' escapement, and a half decimal second pendulum, with gridiron compensation

Dial: 4 1/2 inch diameter dial with gilt engine-turned centre and bezel. Narrow enamel chapter ring with 100 minute divisions on the inner edge each divided into halves, with arabic numerals 1 - 10 for the hours, and seconds divisions on the outer edge numbered 10, 20 - 100. Blued steel hands, plain for minutes and voided spade design for hours and sweep seconds. Small enamel dial inset above the centre with hours I - XII twice and minutes on the outer edge numbered 15, 30, 45, 60. Signed above the lower XII `Destigny A Rouen'. Moon design hour and minute hands.

Movement: Timepiece movement, reputed to run for 45 days, so intended to be wound monthly. Going bar¬rel with dead beat escapement and beat setting adjustment to crutch. Half decimal second pendulum with 9 rod grid iron compensation and massive bob. A pointer is fixed to the bottom of the bob to show the amplitude of vibration on a degree scale fixed to the case.

Case: Pine carcase veneered with mahogany. In the form of a rectangular plinth with four Tuscan columns supporting an entablature and with gilt metal mounts.

This is a rare example of a clock showing the time in decimal units as introduced by the French Revolutionary Government in 1793. The Government ordered the reform of all forms of measurement on a decimal basis which included dividing a thirty-day month into three ten-day ‘weeks'. The day was divided into ten hours and each hour into 100 minutes. The minute consisted of 100 seconds. Thus the decimal minute was much longer than the duodecimal one (1.44 minutes) and the decimal second was shorter (0.864 seconds). This system of time measurement, along with the decimal calendar, was abandoned in 1805. Probably because of the difficulty in relating to the new system, most of these clocks, including the present example, also showed duodecimal time. 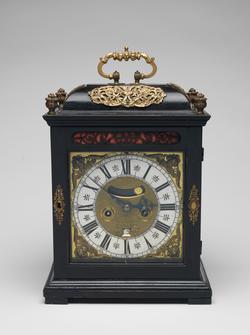 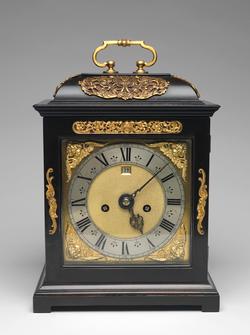 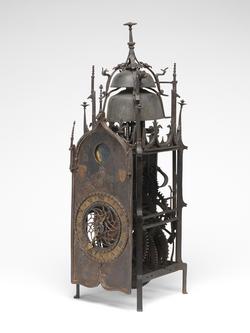 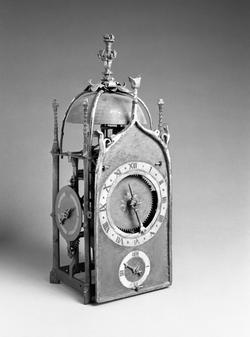 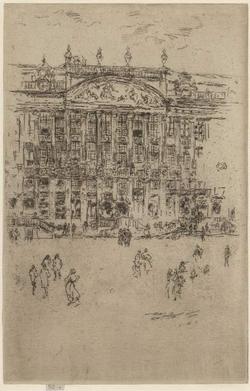