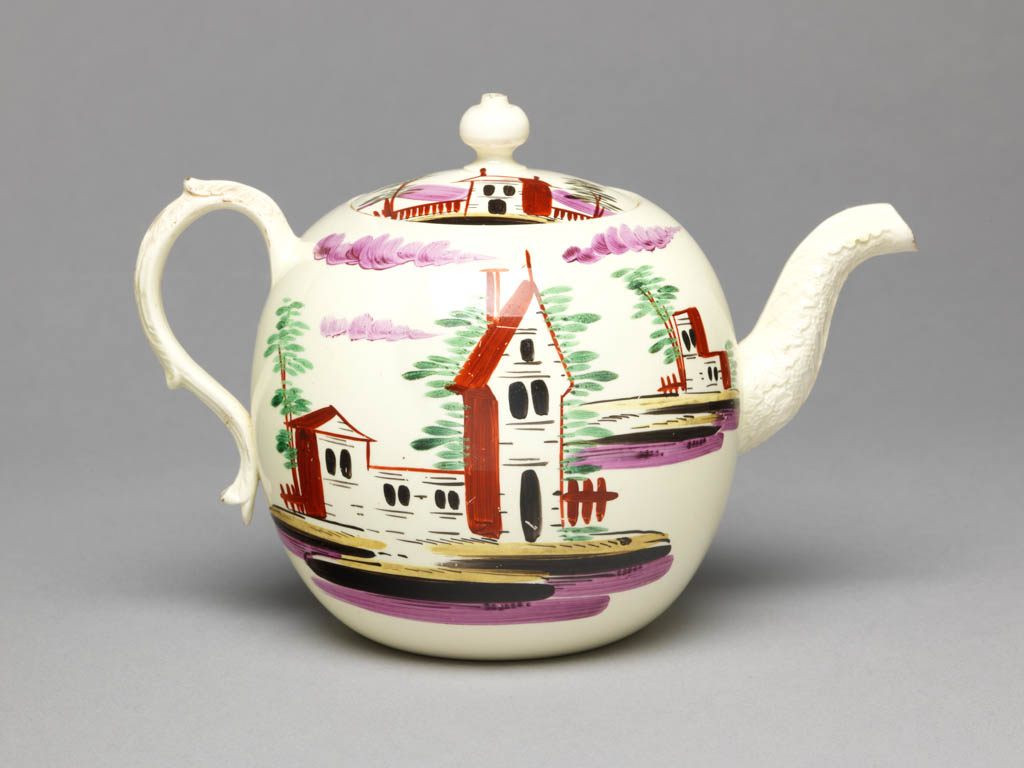 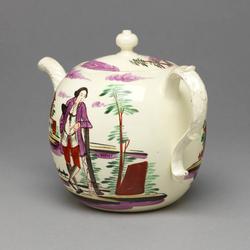 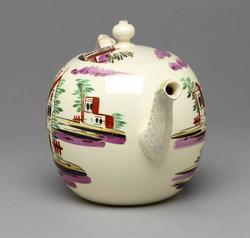 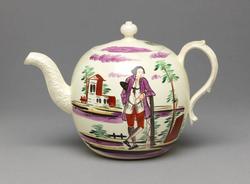 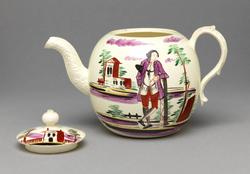 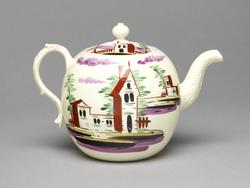 Cream-coloured earthenware, painted in green, yellow, pale purple, reddish-brown, and black enamel-colours. The pot has a globular body with moulded overlapping leaf spout and reeded and leaf-moulded handle. The circular, slightly domed cover has a pierced globular knob. One side of the pot is decorated with a gentleman leaning on a post in a landscape with a building on the left; on the other side with two buildings in a landscape; and on the cover with one building between trees.

The shape of this teapot is similar to examples marked Wedgwood. The pot illustrates the style of enamel paintingnfound on much early Wedgwood creamware. It is characteristic of enamelling associated with Robinson and Rhodes, a firm of decorators at Leeds to whom Wedgwood was sending creamware by 1763. In 1768 David Rhodes, moved to London to work at Wedgwood's premises in Great Newport Street, which a year later was transferred to a new decorating studio in Chelsea. This teapot was probably enamelled there, rather than earlier at the Leeds decorating workshop, because the gentleman resembles one on a teapot in Norwich Castle Museum, whch can be dated to 1774 because it bears the inscription 'Success to Sir Charles Holte Esq.', who was elected as MP for Warwickshire in the Parliamentary election in that year. Jasper Robinson continued to decorate at Leeds until 1779.