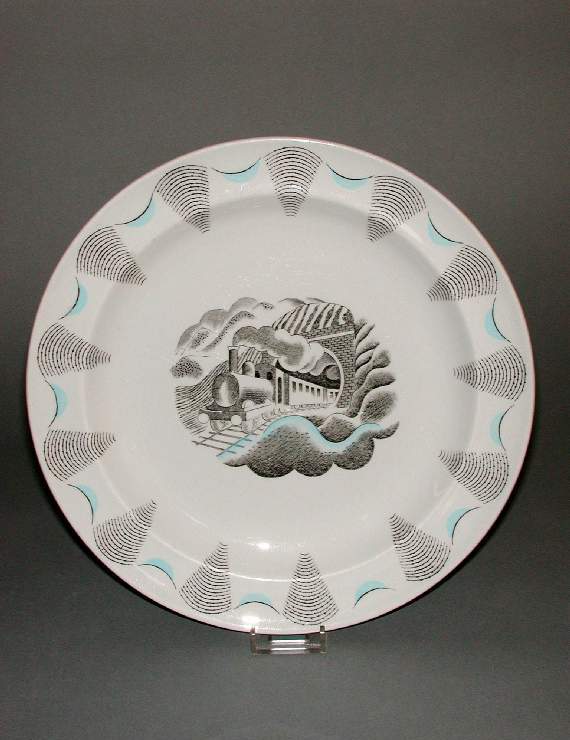 'Windsor Grey' body, circular with slightly concave rim and shallow, curved sides. Decorated in the centre with 'Train' in 'Travel' pattern: a steam train and carriages coming out of a tunnel; on the rim, black weather cones (?) alternating with turquoise semi-circles under curved black lines. 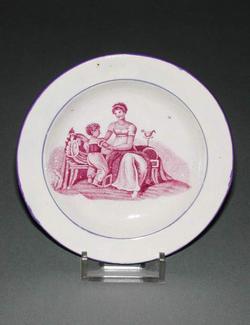 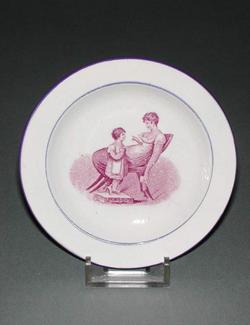 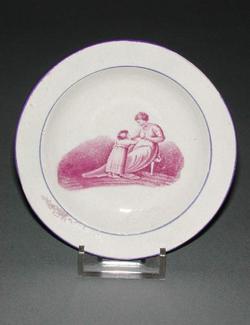 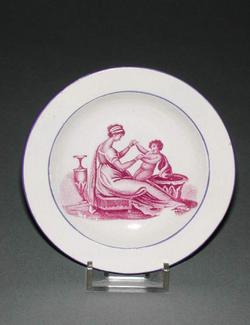