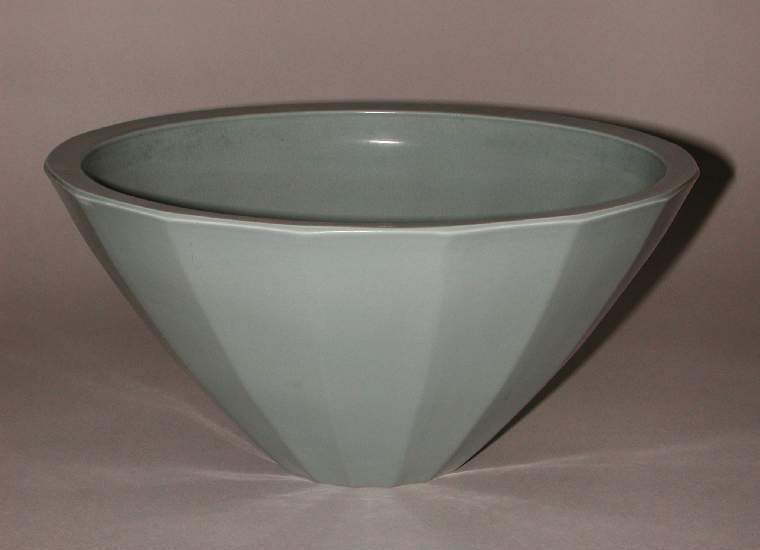 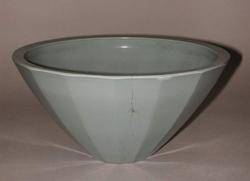 White or pale cream earthenware, thrown and covered with a grey-green matt glaze.

Conical bowl with gently curving, faceted, sides sloping down to a narrow base, only a third of the diameter of the upper rim. The inside of the rim is chamfered towards the centre, to form a flat upper surface. The sides are lathe-cut with sixteen facets on the exterior. The underside is slightly recessed and glazed within the foot-rim.

Keith Day Pearce Murray MC, RDI, FRIBA (1892-1981) trained as an architect, but turned to the design of ceramics and glassware in the 1930s. His first designs for Wedgwood were produced in 1932, after which he was engaged for three months a year. By November 1933, an exhibition of ‘New Wedgwood Shapes Designed by Keith Murray’, held at John Lewis, Oxford Street, included 124 shapes, some listed as ‘hand thrown finger finished’. His designs were commercially popular and many remained in production until the 1950s. In 1936, Keith Murray and Charles White were commissioned to design Wedgwood’s new factory at Barlaston, alongside a model village estate by Louis Soissons. Murray retired from ceramic design in 1948, though continued his architectural practice until 1967.

Keith Murray’s elegant, architectural designs include vases, jugs and bowls, generally decorated only by moulding or simple incised lines. They were well suited to new matt glazes being created in the 1930s by Norman Wilson, then works manager at Wedgwood’s Etruria factory. This shape, which was produced in Moonstone, Matt Green or Straw, appears on page BY3 (matt glazes) of the ‘Keith Murray Shapes Catalogue’, 1940. The Matt Green glaze, obtained here by the addition of celadon slip and uranium oxide, is reminiscent of that found on early Korean pottery in the Fitzwilliam. At Wedgwood’s request, Murray also designed several tableware series.

Wedgwood’s matt glazes are mainly found on figures by John Skeaping and on shapes designed by Keith Murray. They were rarely used after 1941.

Inscription present: small, preceded by another figure (possibly an 8 or a monogram ?) 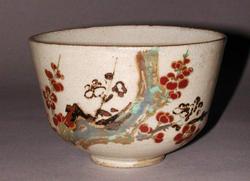 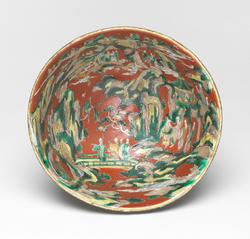 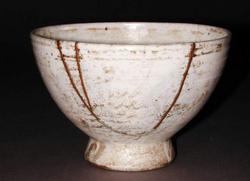 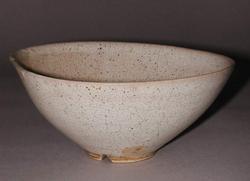