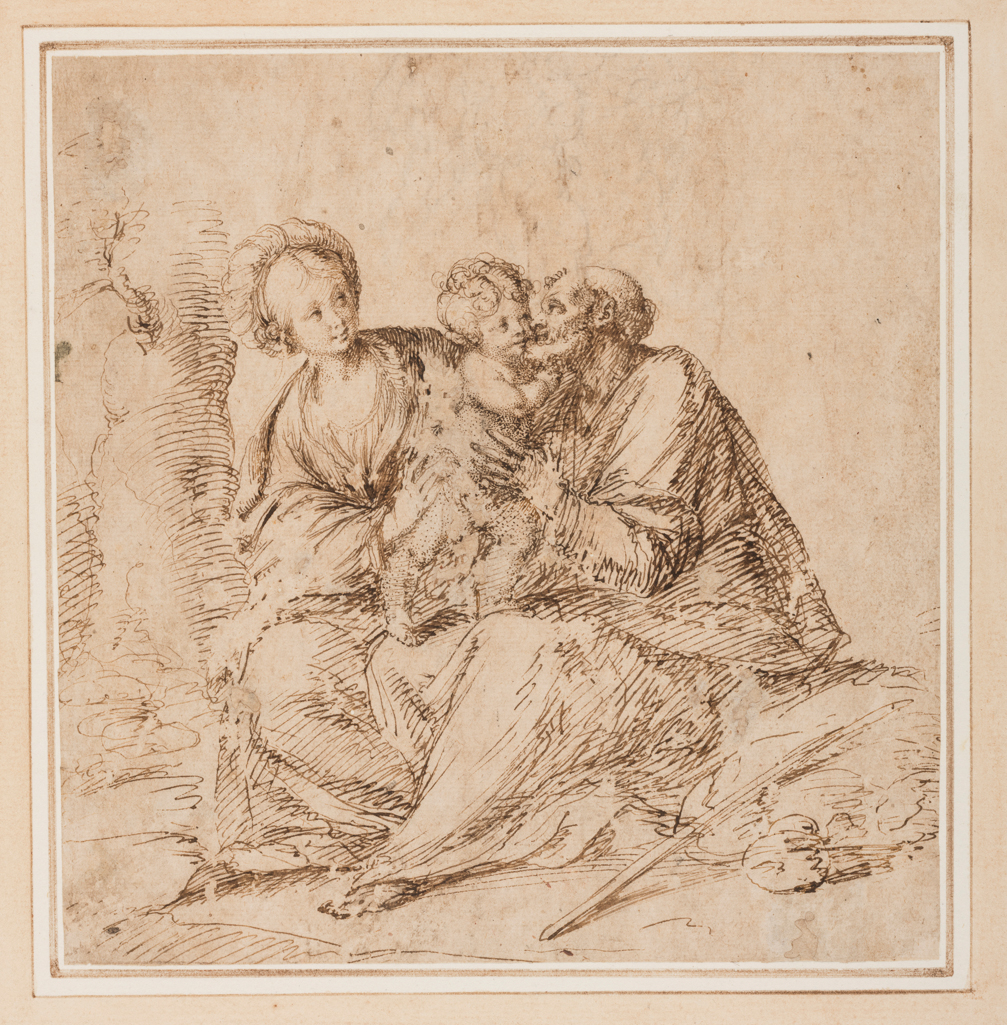 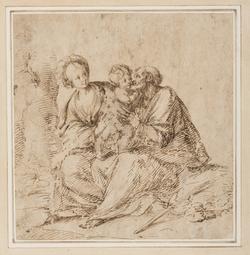 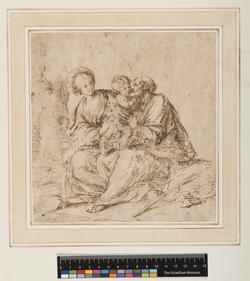 The Rest on the Flight into Egypt Slight sketches, probably the lower parts of three naked putti

History note: From the collection of John Skippe (1742-1812), who presumably purchased it together with the rest of his collection from a monastery in Venice, c. 1773. The collection passed by inheritance, after his death, to the Martin family; the drawings were inherited by James Martin's son early in the 19th century and eventually passed, after having been inherited by successive members of the Martin family, to Edward Holland, through the latter's mother; upon the death of Edward Holland in 1916, they passed, subject to the life interest of his sister, Mrs Rayner Wood, to Edward Holland-Martin, his nephew; sold at Christie's, 21 November 1958, lot. 177c. (where ascribed to Guido Reni), bt. by Colnaghi's on behalf of the Friends of the Fitzwilliam for 42 gns, together with four other drawings, from which two were retained (PD.66-1958, Follower of Guido Reni, and PD.67-1958, School of Guido Reni); purchase price: £46 6s 0d

Method of acquisition: Given (1958-11-21) by The Friends of the Fitzwilliam Museum 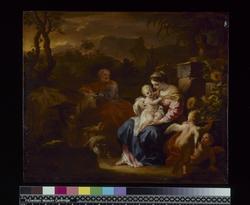 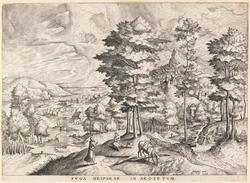 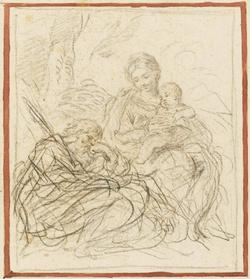 Rest on the Flight into Egypt 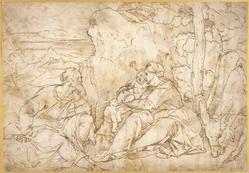 The rest on the flight into Egypt