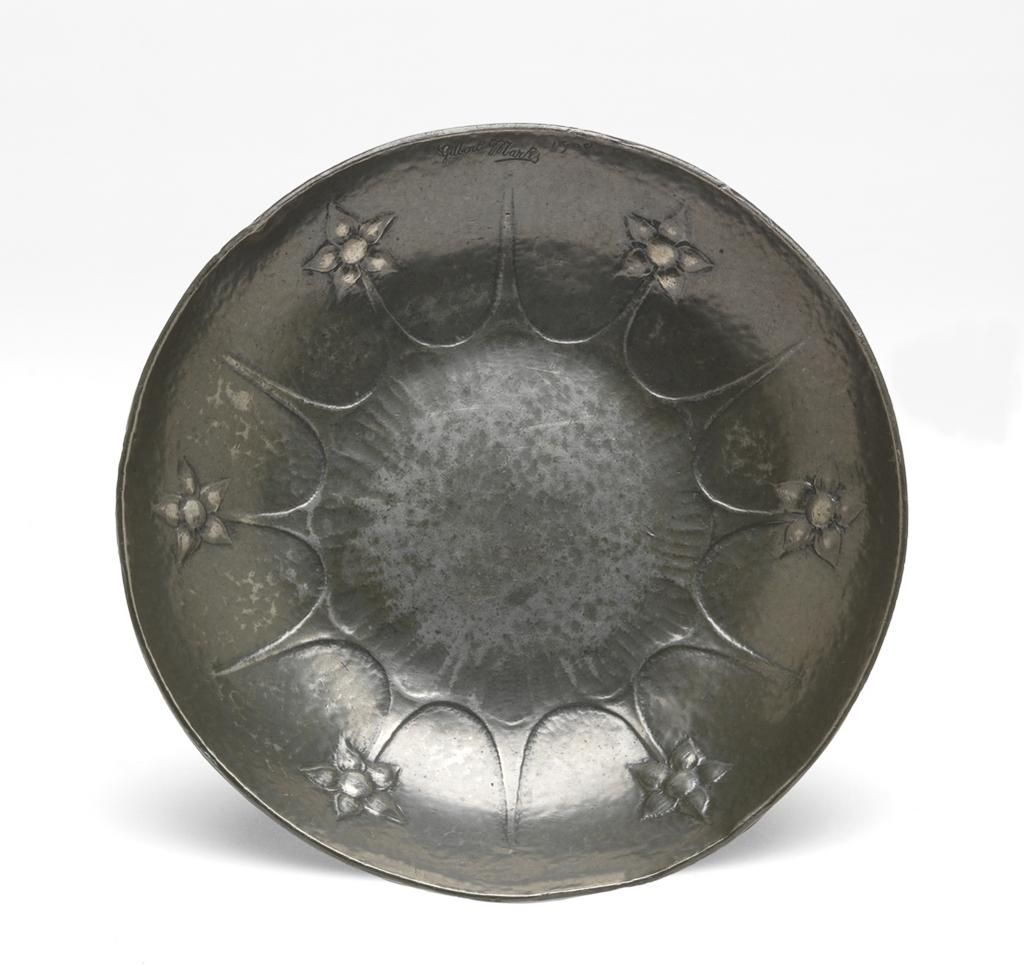 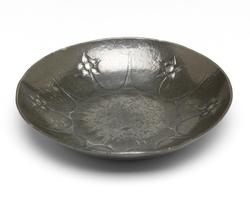 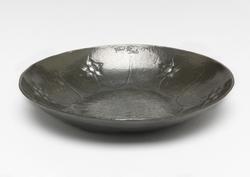 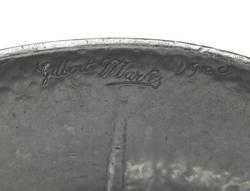 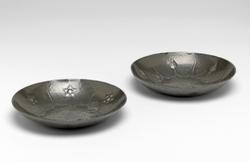 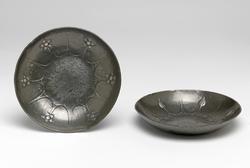 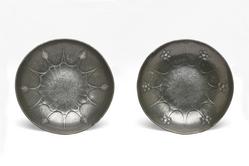 Pewter, cast, repousse and chased with alternating flower heads and points radiating from a flower-shaped outline in the centre, on spot-hammered ground. Circular with curved sides.

Given by Miss Ellen Bicknell

Method of acquisition: Given (1984) by Bicknell, Ellen, Miss

Born in 1861 in Croydon, south London (where he remained until his premature death from syphilis), Marks appears to have developed his silversmithing skills in his spare time. In 1896, although still working as ‘something in the City’, he had two assistants, who helped him produce his metalwork and by 1901 was working full-time as a silversmith. His work, in silver and pewter, hammered with tools from both the front and the back to create raised decoration, was praised for its handmade qualities. Most of his pieces were in a naturalistic style, incorporating plants or animals. His obituary in The Burlington Magazine referred to his insistence ‘that the smith must be at once the designer, the artist, and craftsman. Marks would have no dies, no machinery, no repetitions.’ His early death resulted in his significant contributions to the Arts and Crafts movement being overlooked. 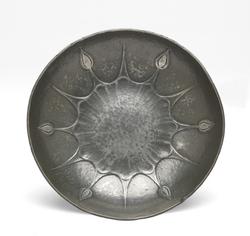 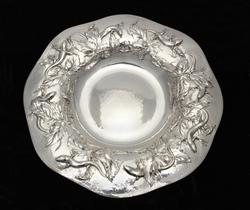 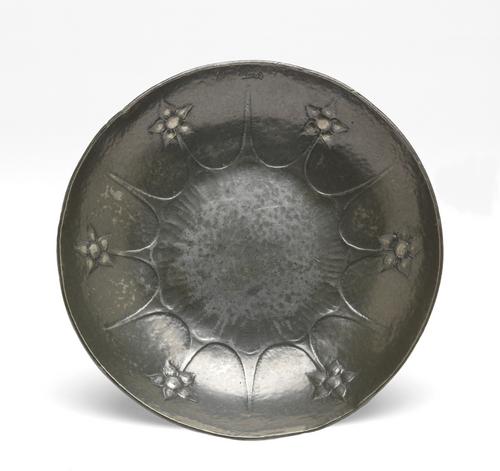