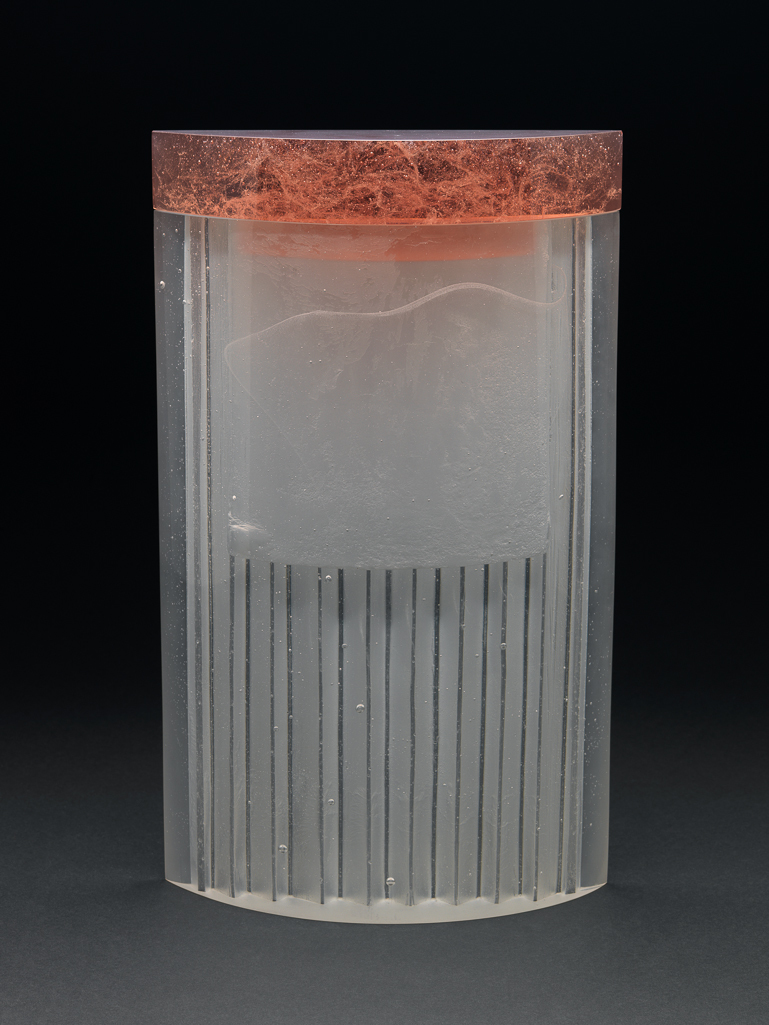 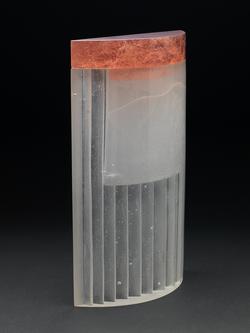 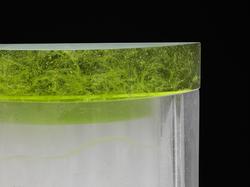 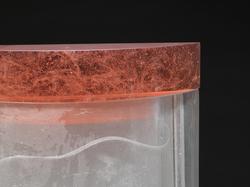 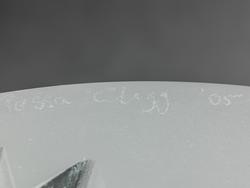 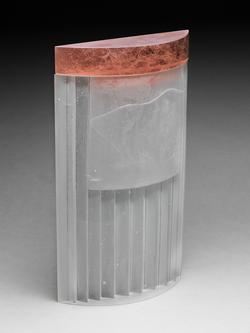 Cast clear glass with a lid cast in cloudy yellow-green dichroic glass (A).

Cast clear bubbly glass with a cast lid of yellow-green dichroic glass. Of shallow D-shaped plan. The flat side has nine matt vertical ridges which appear as the fluting on a column when viewed from the front. The curved front surface is smooth. and has a shallow D-shaped pocket in the upper part, with a slanting wavy line within the glass. The shallow D-shaped dichroic yellow-green lid has a smaller projection of the same shape on its underside which fits into the pocket. Its curved front surface is smooth and the back and underside matt.

History note: Purchased by the donors from Barrett Marsden Gallery at the Collect exhibition held 9-13 February 2006 at the Victoria and Albert Museum

Tessa Clegg casts her work by the lost wax process

Text from object entry in A. Game (2016) ‘Contemporary British Crafts: The Goodison Gift to the Fitzwilliam Museum’. London: Philip Wilson Publishers: The lidded container has a long history in the world of valued objects and in the field of glassmaking. As Jennifer Opie points out in a recent essay for Clare Scremeni Gallery (2009), European masters such as Maurice Marinot (1882–1960) and Alfredo Barbini (1912–2007) found rich expression in the form and in the interplay of transparent and opaque surfaces. In Clegg’s work, the ‘container’ is solid glass and the ‘lid’ is an inserted piece fitted into the ‘container’s’ slotted top. A perceptual dimension is added in this case through the use of dichroic glass, which causes the colour of the lid to apparently shift from green to brown, according to the source and angle of the light. A life history interview with Tessa Clegg is available at http://sounds.bl.uk/Oral-history/Crafts 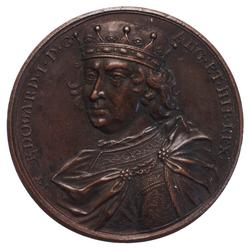