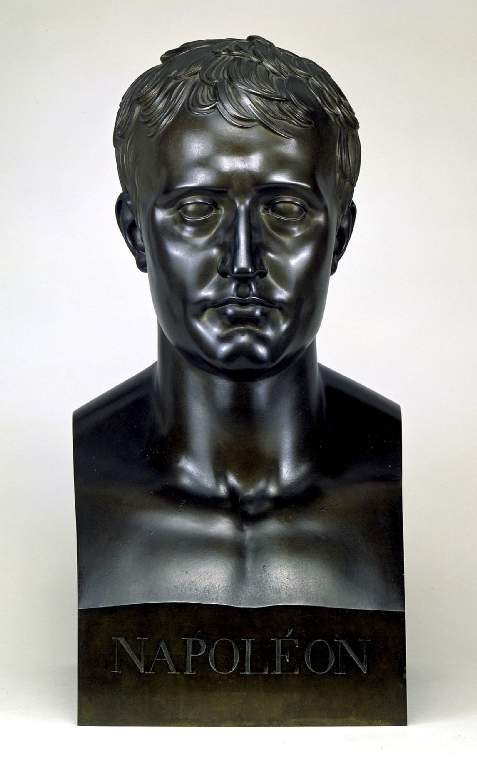 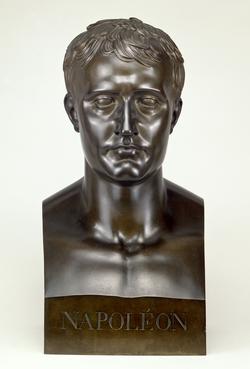 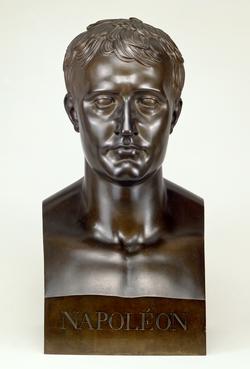 Bronze, cast, and chased. Of herm form, showing the sitter full face. On the front in intaglio: 'NAPOLÉON'. On the proper right side is inscribed: 'Denon, directeur/ Chaudet, fecit/ Gonon; Canleurs, ciseleur. 1808.'

Given by J.E. Fordham

When the painter David met Napoleon for the first time in 1797 he enthused to his pupils: ‘O! My friends, what a beautiful head he has. It is pure, it is great, it is as beautiful as the antique.’ Chaudet’s herm-form bust gives permanence to David’s impression, and was the image adopted by Napoleon as his official portrait when he became Emperor. This bust is derived from Chaudet's marble statue of Napoleon, erected at the Palais du Corps Législatif, Paris, in 1805 (which was itself derived from a bust of Napoleon as First Consul, carved by Chaudet in 1799). The original marble of the present bust was a personal commission for Napoleon, the whereabouts of which is unknown. The date of the original model is also uncertain, but a replica in Tours is inscribed ‘Chaudet An XI’ (23 September 1802 to 23 September 1803). Numerous copies of the original model were made in marble (at Carrara) and porcelain (by the Sèvres factory). Bronze copies were cast in Paris for presentation to important persons by the Emperor. This cast of 1808 belonged to Dominique Vivant Denon (1747-1825, Baron from 1812), who had accompanied Napoleon on his Egyptian campaign in 1798-99, and was appointed Directeur géneral des musées français in 1804. A year after his death when his collection was sold by auction, the bust was acquired by Horatio Walpole, 3rd Earl of Orford (1783-1860). 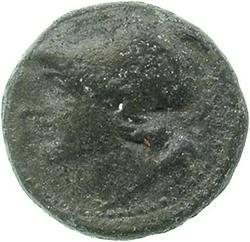 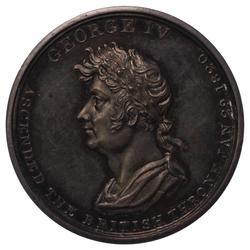 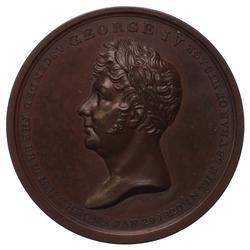 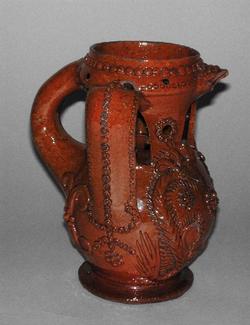