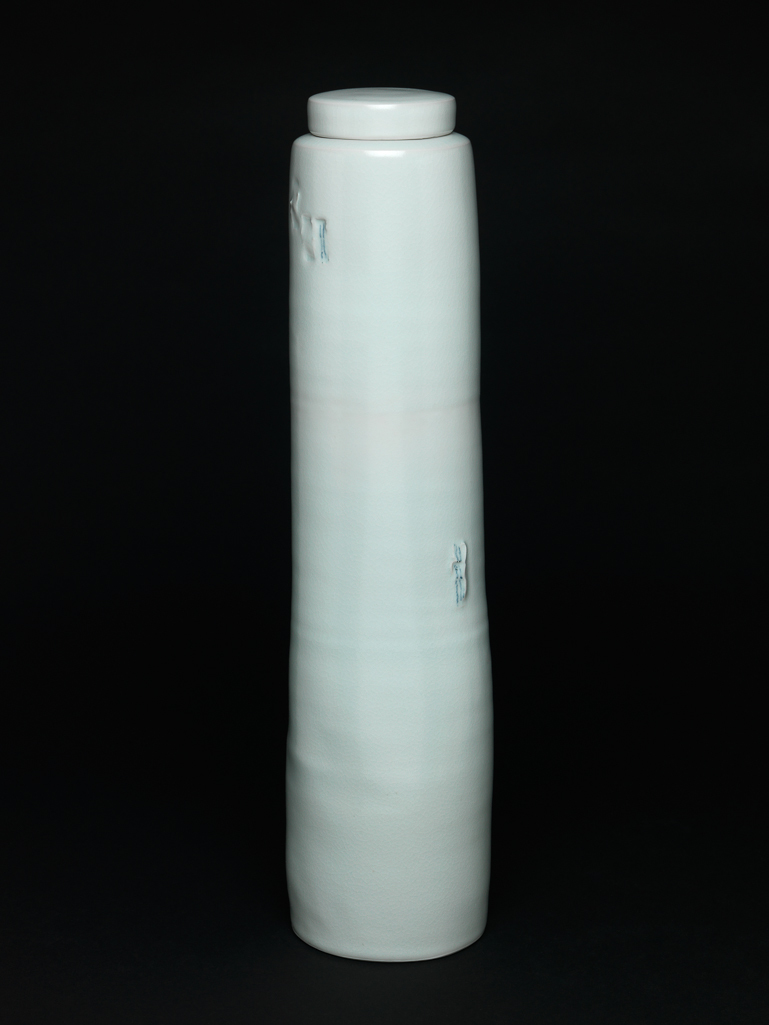 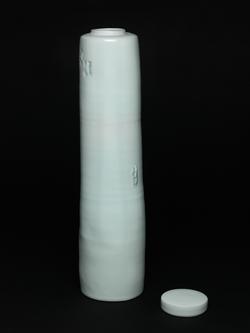 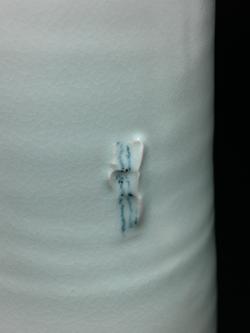 Porcelain, thrown, and impressed in two places with seal marks coloured blue under pale celadon glaze. Cylindrical with uneven, slightly tapering sides and visible throwing marks, narrow shoulder, and short unglazed neck. The base has a glazed central circular depression surrounded by a concave area, and a flat unglazed edge which has been scored with criss-cross lines. The sides are decorated in two places with impressed 'seal marks, touched with blue: a group of three near the top, and one further to the right about half way down The circular cover has straight sides and very slightly convex top. Its interior is unglazed except for a circle in the centre. A black felt circle has been applied to the outer edge of the base

History note: Adrian Sassoon, 14 Rutland Gate, London, from whom purchased by the donors

Text from object entry in A. Game (2016) ‘Contemporary British Crafts: The Goodison Gift to the Fitzwilliam Museum’. London: Philip Wilson Publishers: In this series of works, de Waal was testing the boundaries of vesselmaking in porcelain through stretching and distorting the thrown forms. Edmund de Waal: ‘These lidded jars were my attempt to make impossible porcelain vessels – to try and create objects that looked as if they had some utility but had none. And to escape the small and precious aura that hung miasmically around porcelain. These jars became progressively more and more etiolated until their instability made them literally impossible.’ 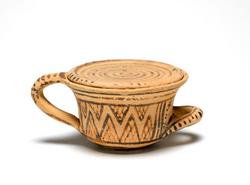 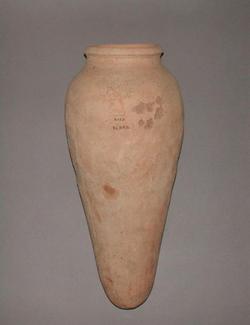 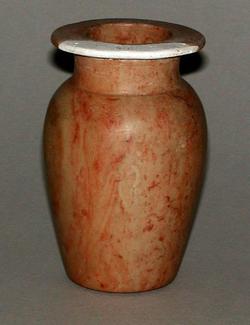 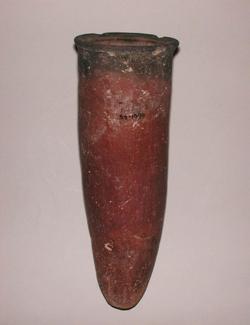