Porcelain with pâte-sur-pâte decoration on a dark bluish-green ground.

Square tinted porcelain plaque, decorated with a white pâte-sur-pâte image of a girl seated on a stool tearing leaves from a book; Cupid stands in front of her offering her his pen; the pages float away behind her, as if on the wind. The face and sides are clear glazed. The underside is flat, unglazed and unmarked.

Dr Glaisher bought this plaque from the artist, who told him that ‘the torn out pages blown behind her by the wind represent superseded lovers and Cupid hands her the pen with which to start a new page’. The plaque was in a gilt slip and black frame at this point.

Louis-Marc-Emmanuel Solon (1835-1913), born at Montauban in France, was originally employed at Sèvres as a figure modeller and there became a leading exponent of pâte-sur-pâte decoration. Some of his early work is signed ‘MILES’. In 1870 he joined Mintons where, until he retired in 1904, he established the company as the premier producer of pâte-sur-pâte wares, winning accolades at many of the international exhibitions. An inventive designer, he rarely copied directly from sources and introduced a range of new tinted grounds. Many of his apprentices, such as Frederick Rhead and Albion Birks, achieved their own renown as pâte-sur-pâte practitioners. This plaque was produced after Solon’s retirement, when he continued to decorate slab decoration on slabs supplied by Mintons while writing and collecting a library of over 4,000 books on pottery .

Minton, founded in 1793, originally produced blue printed earthenware and, later, creamware, bone china and other products, particularly tableware. From the mid 1830s, new lines in encaustic and printed tiles, figures and ornamental wares were introduced. The early business traded under various names, from 1845 it was known as Minton & Co. and from 1873 as Mintons Ltd.

Pâte-sur-pâte decoration is created by applying layers of white slip (liquid clay) with a brush. By using this method, the decorator is able to achieve a semi-translucent image, which would not be possible with moulded reliefs. 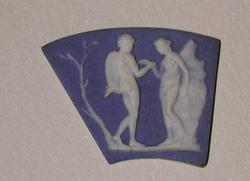 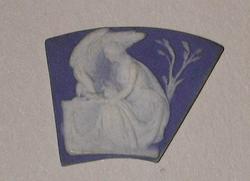 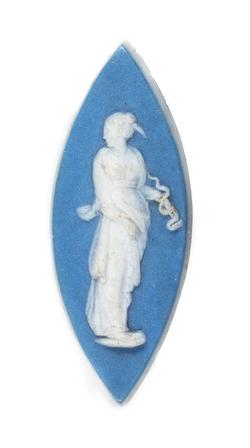 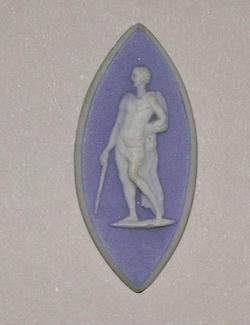 “It’s not just putting some artefacts in a glass case”

From Summer ‘at’ to Summer ‘with’ the Museums