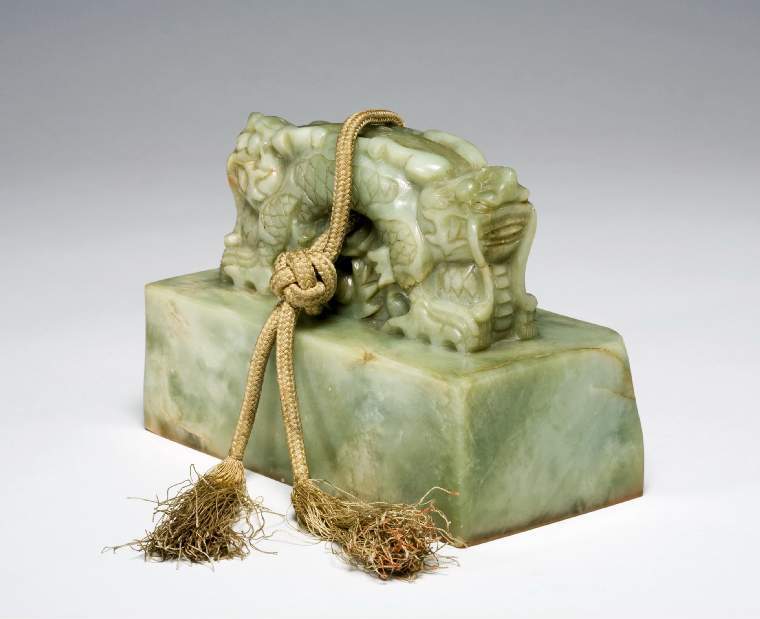 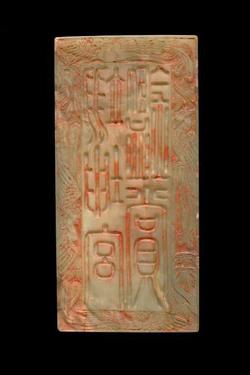 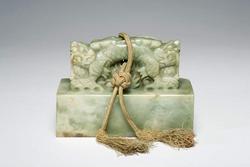 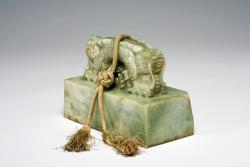 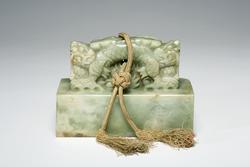 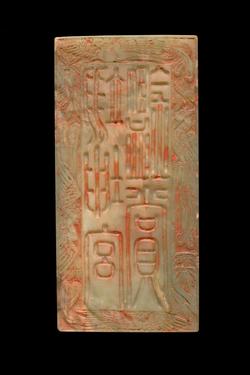 Light green jade seal with areas altered to creamy white. The handle in the form of two dragons back to back, with a hole drilled through the centre to thread a tassel cord attachment. The knot in the cord was tied by the chief Lama in Peking. The base incised with ‘Inspected and enjoyed in the Yi-Kun Palace’ and surrounded by phoenix and bamboo.
With a yellow silk cover.

This seal and O.105-1946 were used to confirm each other.
If any work of art was bought into the Palace and approved of by the Dowager Empress, she would place this seal on it, and the item was then purchased for her.

History note: 1900, after the relief of the Legations, these were looted by Cossacks who sold them for some brandy to an Irish-American journalist. He wished to sell them to the British Museum for a ridiculous sum. There was a debate about them in Parliament in Jan.1902. At the end of Jan. they were bought by Harding at a sale at Debenham, Storr and Son, Covent Garden 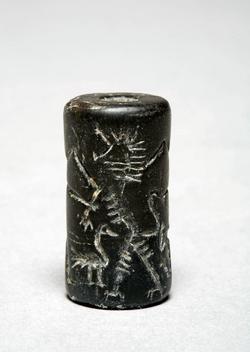 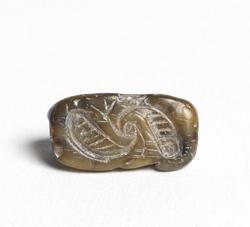 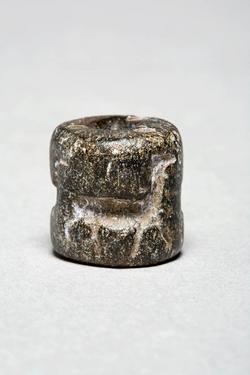 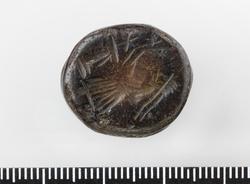