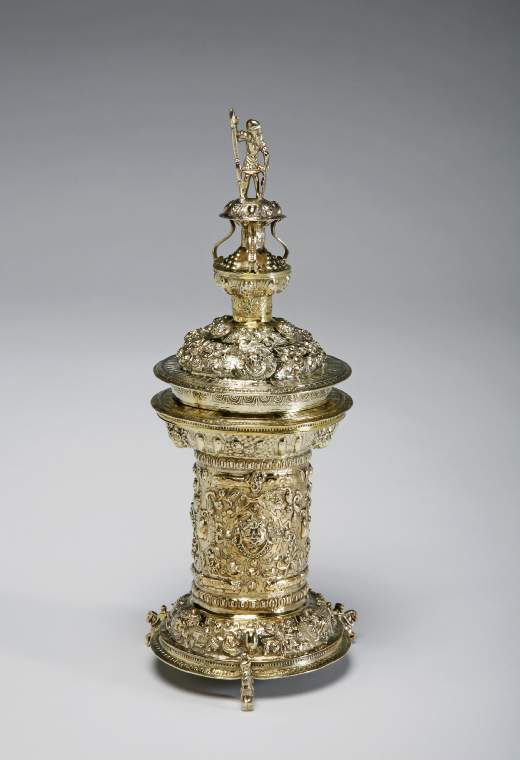 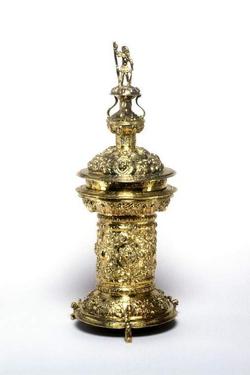 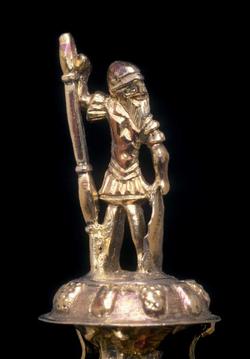 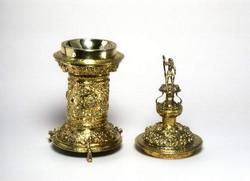 Silver-gilt with embossed and chased decoration, and finial in the form of a warrior

Silver-gilt; the cylindrical body on a domed foot standing on three figures of horsemen, the upper body mirroring the foot, with shallow depression for the salt; the domed cover (A) with spool-shaped finial surmounted by the figure of a warrior. The whole is embossed and chased with an ornate pattern of strapwork containing masks, fruit and flowers . Round the rims are borders of cast egg and tongue decoration and bands of dental engraving. The wooden box (B) has two brass handles, and two half lids hinged with catches, and red velvet lining, and a key (C)

The maker's mark of a thistle or seedhead has not been identified.