Seated Boy representing Autumn from a Set of Seasons or the Infant Bacchus: M.5-1997 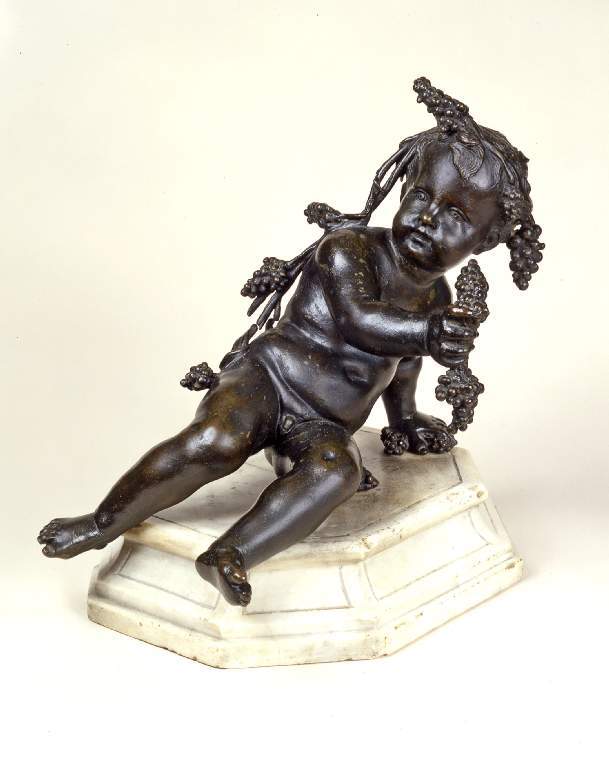 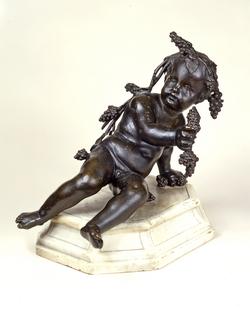 Copper alloy, probably bronze, cast. The plump, nude putto decked with vine tendrils and several bunches of grapes, is shown in arrested motion, with his head sharply twisted, and a highly-focused gaze. Propped up by his left arm, with his weight on his left buttock, he reclines rather unsteadily, as if paused in mid-crawl, his legs bent in a zigzag formation, the left one pulled well forward to the right. He grasps a large bunch of grapes in his extended right hand, whilst, apparently inadvertantly, crushing another bunch under his left buttock, and a third beneath his left palm.

Made in Padua or Dolo 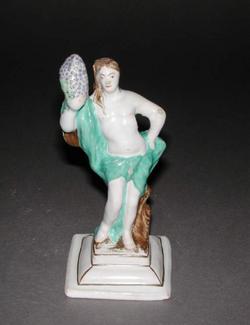 Bacchus representing Autumn from a set of Seasons 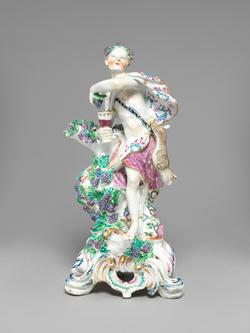 Bacchus representing Autumn from a Set of Seasons 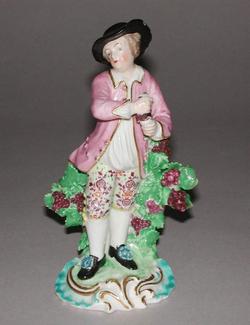 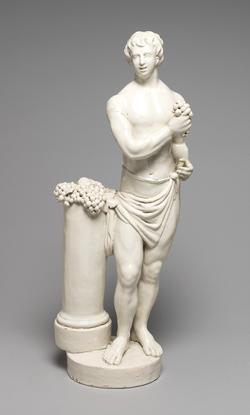