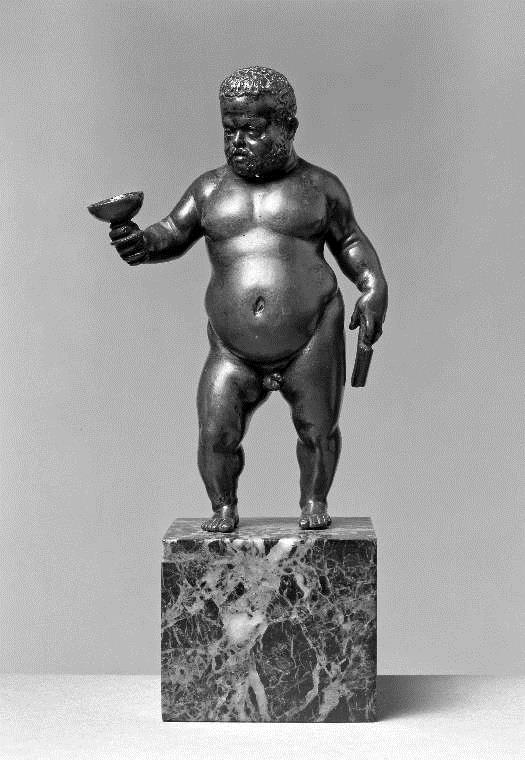 Bronze statuette of Braccio di Bartolo, known as Il Nano Morgante (c. 1535 - after 1594), court dwarf and a favourite of Grand Duke Cosimo I de' Medici in Florence. Il Morgante was the most famous of the five jesters in Cosimo's court.

After an original model by Giambologna. There are 2 main variants of this model: one in which Morgante is depicted as the personification of Bacchus, holding a wine cup in his outstretched right hand and a bunch of grapes in his left; the other in which Morgante holds a cornetto in his right hand, while leaning on a stick held in his left (for a complete version of this, see Victoria and Albert Museum, London, no. 65-1865). The present bronze is a derivation of the first variant, with the figure holding a wine cup in his right hand.