Hard-paste porcelain painted in turqjoise, green, yellow, flesh-pink, red, purple, pale brown and black enamels. She stands against a white stump, on a low base decorated with applied large coloured flowers and foliage. Suspended by two plaited bands, which pass over her shoulders, she carries on her back a white pannier in which rests a brown bird cage containing two white birds. With her left hand she holds in front of her another similar cage, also containing two birds. She wears a close fitting pointed black bonnet, fastened under her chin with a black bow, a white shirt, a light green bodice with a white front laced with pink, a red petticoat, a white apron, white stockings, and black shoes. Round her buttocks she wears a broad black strap.

Modelled by Peter Reinicke in 1744 as a companion to J.J. Kaendler's Bird-catcher. Meissen model 554. 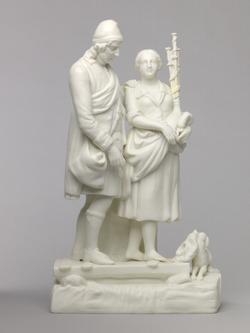 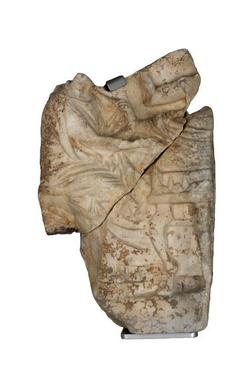 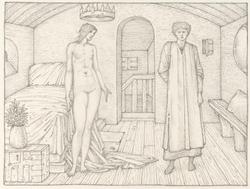 The Wife of Bath's Tale: the knight with his wife, transformed 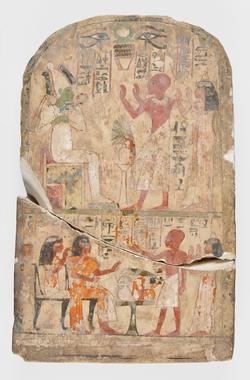 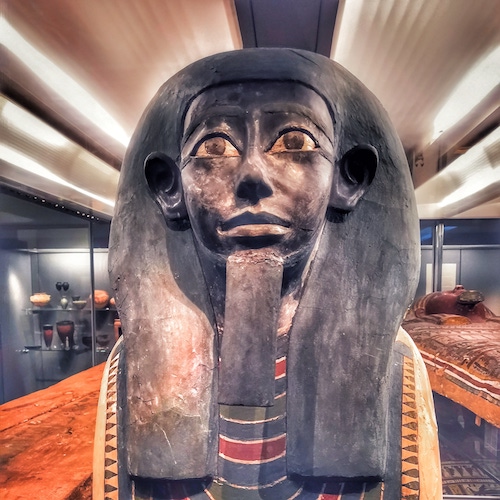 Studying users: How to assess the suitability and success of 3D technology in your museum