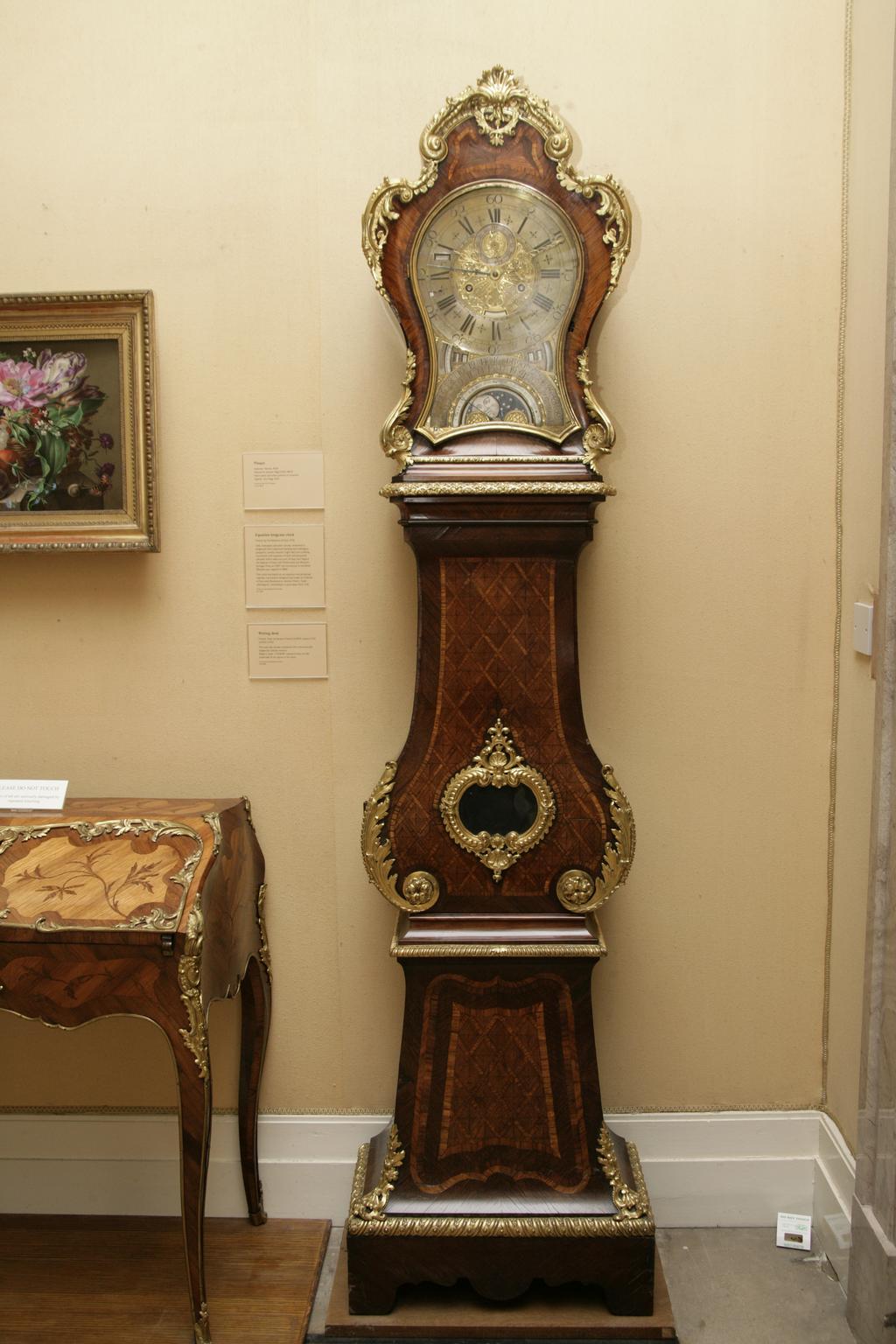 Dial: Elaborately shaped dial plate 11 1/2 inches wide and 17 inches high, with applied English style chapter ring and seconds ring. The dial plate gilt, the chapter ring and all subsidiary dials silvered. Signed on lower edge of chapter ring ‘De Rabours A Paris' and at base of dial plate ‘Perfectione par Meunier horloger Paris an.1782'. The lower third of the dial is occupied by a semi-circular day of the month indicator with fly back hand, and within the date ring is a simple lunar dial with a scale of days 1 - 29 1/2 and a rotating disc with two moons to point to the age alternately and show the phases. Below the chapter ring at VII are openings to show the times of sunrise and the sun's position in the zodiac. Similar openings below V show the times of sunset and an annual calendar. A slot inside the chapter ring above VI shows the year in the leap year cycle. The day of the week is shown in a slot in the chapter ring near X.

The calendar is set by means of a small squared arbor in an aperture in the chapter ring between VIII and IX, with an adjacent opening so that the calendar can be set to change over at midnight. A lever in a slot outside the chapter ring at X is used to set the maintain¬ing power. Mean time is indicated by pierced and carved gilt brass minute and hour hands, and solar time is shown by a blued steel minute hand. The brass seconds hand is a replacement of 19th century English type.

Movement: 8 day hour striking movement with equation of time and perpetual calendar which takes account of leap year. The going train is weight driven with an anchor escapement and bolt type main¬taining power without shutters. The striking train is spring driven with a going barrel and strikes on the solar hours, which is usual on French equation clocks. The bell stand appears to have been moved to a lower position. The clock now has an English pendulum with spring suspension, but probably had a silk suspended pendulum originally. The back plate is signed ‘De Rabours Paris', and also inscribed ‘(Rep)are par Lagarde an 1866' (see M.206-1912, p.79).

Case: Of Louis XV design, with an oak, mahogany and pine carcase, veneered in kingwood with tulip wood band¬ing and mahogany parquetry in a trellis design to the front. The ends veneered with quartered kingwood and tulip wood banding. Very fine quality ormolu mounts, including gadrooned mouldings, scrolled acanthus work with dragons in the mounts on the hood and an elaborate frame to the pendulum window. Two of the mounts, one on the trunk sec¬tion, the other on the hood, are impressed with the crown `C' mark which was used on objects containing copper between 1745 and 1749. Several other clocks have mounts of the same or similar design to those on this case.

Given by Lady Mildred Fitzgerald

Method of acquisition: Given (1957) by Fitzgerald, Mildred, Lady

Mid 18th Century
Louis XV
Production date: circa AD 1750 : The crowned C mark was used between February 1745 and February 1749, and the clock may have been completed after that.

This complicated clock is based on an equation and per¬petual calendar mechanism designed and made by Enderlin of Paris and illustrated in Antoine Thiout's Traite d'Horlogerie, Mechanique et Practique published in Paris in 1741. The design also appeared in Abraham Rees' The Cyclopedia (1819-20), the horological sections of which were republished as Rees's Clocks Watches and Chronometers (1819-20) in 1970. The crowned C mark was used between February 1745 and February 1749, and the clock may have been completed after that. 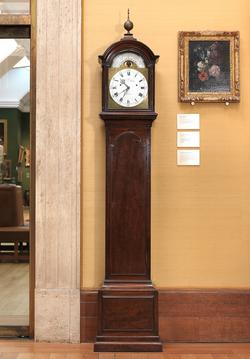 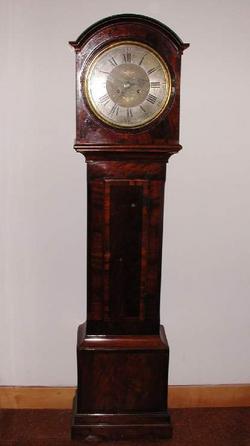 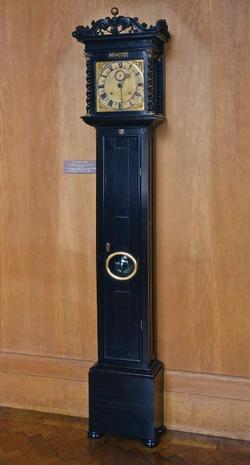