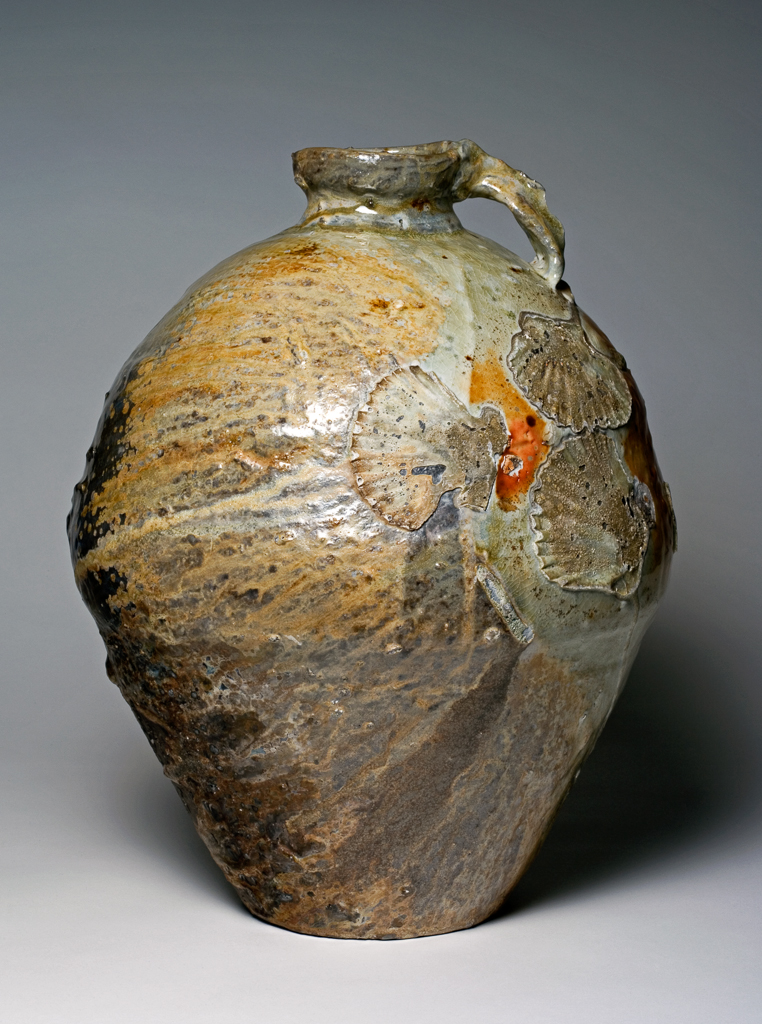 Current Location: Location name not in use

Stoneware, freely thrown, and coiled, with shino glaze ranging in colour from pale creamy-grey, through shades of orange to dark brown. Wood-fired on its side resulting in dramatic natural ash deposits, and glaze runs. Carbon trapping, and embedded remains of seven large clam shells. The jar is of bulbous ovoid form with a short cylindrical neck widening at the mouth, and has a small pinched and undulating strap handle. Four of the shell remains are on the lower part of the vessel opposite to the spout, and the other three are to the left of the handle when facing it.