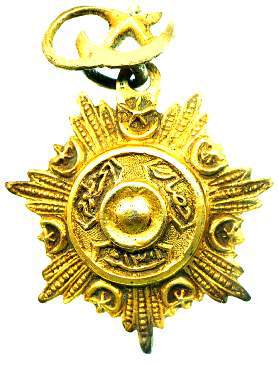 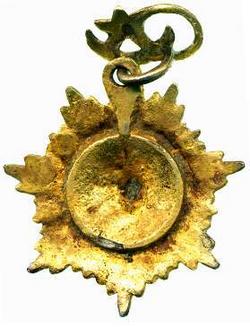 The serious weakening of Ottoman Egyptian power under foreign influence led to increasing attempts to shed Egyptian dominion in the Sudan, where in 1881 Sheikh Muhammad Ahmad ibn al-Sayyid 'Abd Allah was proclaimed as Mahdi (the legendary final redeemer of Islam). He and his allies soon threatened to remove the Sudan entirely from the Khedive's control. Several serious defeats of Egyptian forces in 1884 led to a concerted British campaign in defence of Egyptian claims, but control could not be recovered. The British withdrew their forces to Khartoum, where General Gordon defended the city whilst awaiting a relief column that, beset by Mahdist attacks, arrived too late.
This heavy silver-gilt star was manufactured in the besieged city by order of General Gordon by a city jeweller, in an attempt to raise the morale of his beleaguered troops. The design was a copy of the Turkish Order of the Medjidie. Payne reported a story which suggests that owners of these stars became particular targets of the Mahdi's vengeance.
The stars were issued numbered, but not named, and were available for purchase by anyone in the city, military or not. It is not known to whom this one was presented. It was one of the last pieces that Lester Watson acquired, buying it from the London dealer Spink in 1936.

Inscription present: Seven-pointed star with points figured like ears of corn, star in crescent between each, central boss in circle with three Arabic inscriptions enclosed in chevrons between 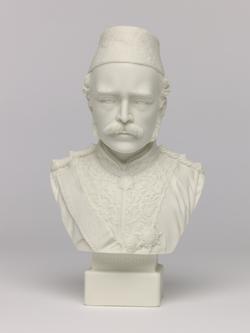 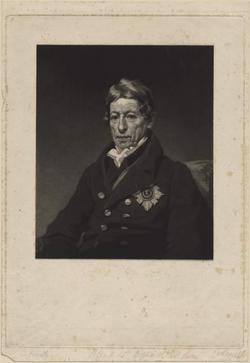 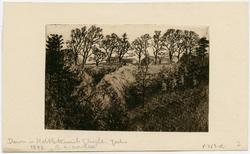