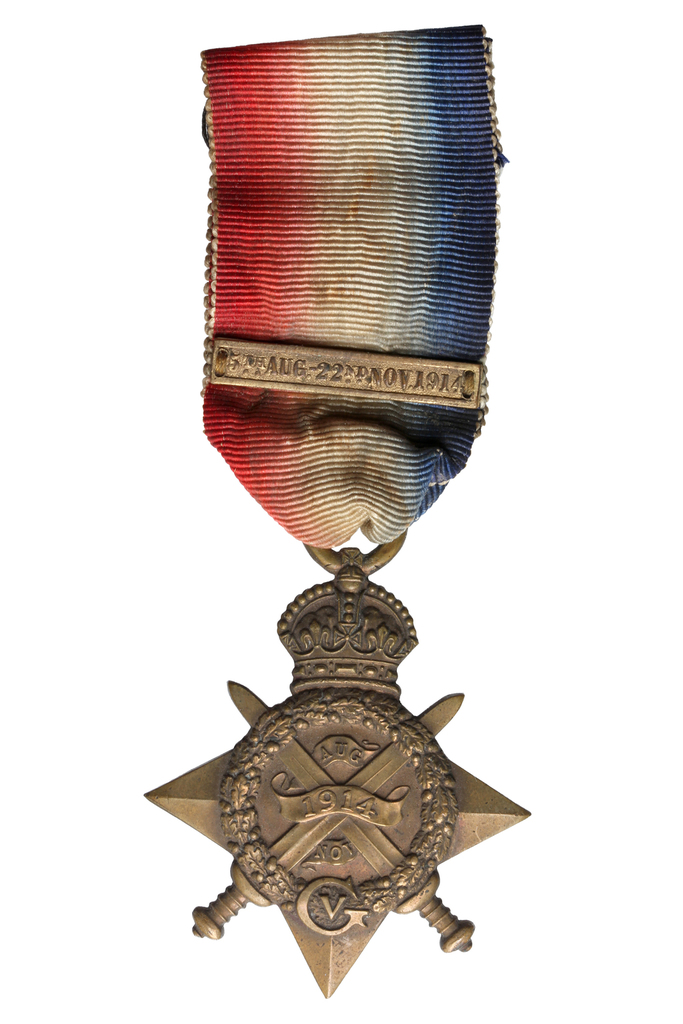 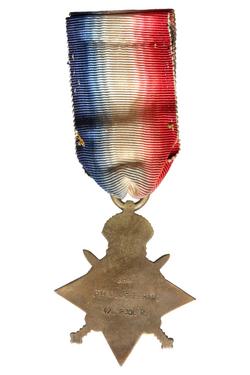 The 1914 Star was instituted in 1917 to commemorate service on the Western Front during the Great War of 1914-1918 between the declaration of war on 5 August and the end of the First Battle of Ypres on 22 November 1914. By this time the hideous casualties at Ypres and the Somme had considerably reduced the number of those who qualified for its award.
Despite its broader eligibility, the Star rapidly became identified with the first battle fought by the British during the War, that of Mons. In this battle it fell to the British Expeditionary Force to hold a position at Mons for 24 hours to cover the withdrawal of the French Fifth Army, beaten in the Battle of Charleroi. The German forces, superior in numbers, were confident of rolling over the four under-prepared divisions of the BEF, but in the event, though they were forced to withdraw, the British put up a defence that became a legend, in which many acts of heroism were performed.
This medal was awarded to Private P. McGeehan, of the 1st Battalion, Liverpool Regiment; the bar, awarded in 1919, testifies that he served under fire between the dates it carries. As the Liverpool, or King's Regiment, were heavily involved not just in the Battle of Mons, but both in several subsidiary actions around it and also in the subsequent Battle of the Marne that arrested the Allied retreat and threw the Germans back onto the defensive, Private McGeehan's opportunities so to qualify must have been plentiful. Lester Watson acquired his medal at some point before 1928.

Inscription present: Crossed swords with inscriptions on scrolls, under wreath wth royal monogram at bottom and over four-pointed star of which topmost point replaced by crown. 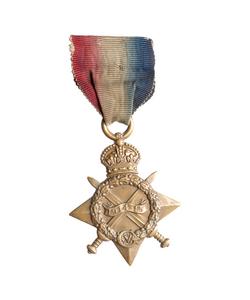