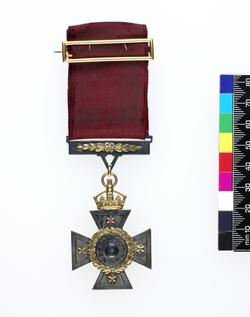 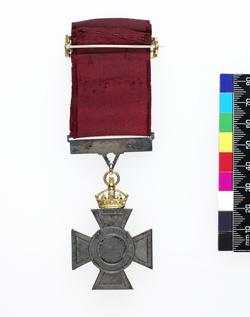 The institution of the Victoria Cross in 1856 as the supreme award of the British Empire for gallantry left members of the Colonial possession's armed forces at something of a disadvantage, as the new Cross was only issued to members of the Imperial services. In New Zealand, where the New Zealand Wars had been raging since 1840 as the Maori tribes of the islands resisted the take-over of their communal lands, this inequality provoked action on the part of the Governor-General, Sir George Bowen, who determined to issue a local equivalent to the VC. This was the New Zealand Cross, which was instituted in 1869, and in appearance is perhaps even more splendid than its British rival.
Perhaps as much because of this aesthetic one-up-manship as any other reason, Bowen was criticised in the UK for usurping a royal prerogative, but Queen Victoria eventually ratified the award, and 23 awards were made in the period between 1869 and 1881. It was officially discontinued in 1910, when Colonial recipients were made eligible for the Victoria Cross. A new issue was instituted in 1999, but the original New Zealand Cross is thus an extremely rare medal which holds very high value for collectors.
This example was awarded to Trooper Antonio Rodríguez de Sardinha, of the Taranaki Mounted Volunteers. Rodriguez was Portuguese, and went out to New Zealand on SS St Michael in 1851 with his sister Rita Mary and her husband Emmanuel de Castro. He died in spring 1905. His Cross was awarded, in the words of its citation, 'for noble and daring conduct assisting and carrying wounded men from the field under fire on several occasions, notably on the 2nd October 1863 at Poutoka and on 11th March 1864 at Kaitake, upon which latter occasion he was particularly mentioned in garrison orders after the engagement.'
The Lester Watson Collection retains the original citation, and an MS note in the hand of Robert Day who purchased the Cross from Rodríguez's family soon after the Trooper's death. It came to form part of the Hamilton Smith Collection, in the auction of which, at the London house of Glendining, 21 July 1927, Lester Watson bought it; it was lot 982.

Inscription present: Central boss with inscription around in gilt laurel wreath, four-armed Maltese-style cross with gilt star in lines on each arm, uppermost arm surmounted by gilt crown to which suspension attached

Inscription present: Recipient's unit in centre of boss with name around, lines to each arm of cross 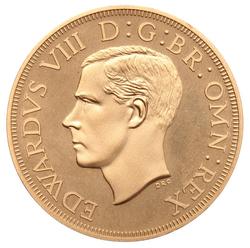 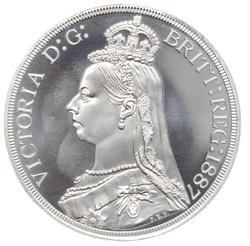 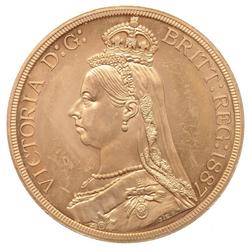 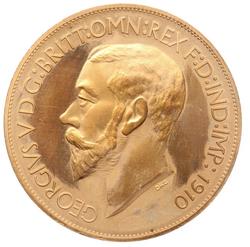