The recovery by Egypt of the Sudan, after its secession under Mahdist rebels in the 1880s, did not by any means mark the end of conflict in that province, which remained restless under an Egyptian control seen merely as a puppet for British imperialism. By 1908 a total of 15 bars had been awarded with the Khedive's Sudan Medal, and it was therefore decided to institute an entire new medal, which was first issued in 1910. The medal was awarded in silver and in bronze, but bars were only awarded with the silver issue.
The first bars to be issued with the medal were for a campaign in the Atwot region of the Upper Nile against the Dinka tribe, which was mostly carried out from river steamers, and for two expeditions into the Kordofan District south-west of Khartoum to quell unrest there and show the Khedive's flag. The third bar was awarded to British and Sudanese forces operating against the Anuak tribe of south-eastern Sudan in March 1912, the which campaign was thwarted by the escape of the fugitives over the Abyssinian border.
This medal bears the second and third bars awarded to the medal, which are named both in English and in Arabic, as was customary for Sudanese recipients. It forms part of what Lester Watson's catalogue lists as Group 1, and its provenance is discussed in the page for that group. 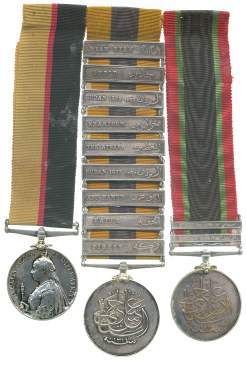 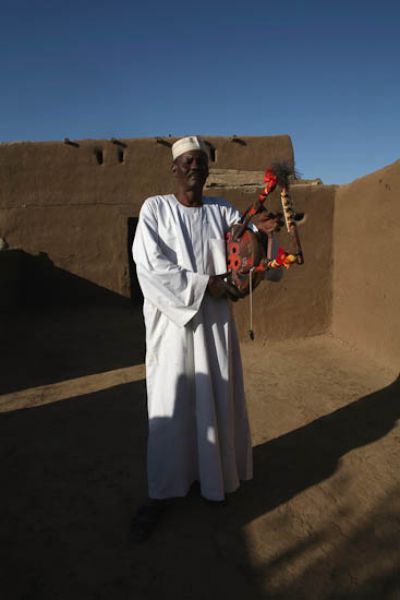 Nubia: Past and Present