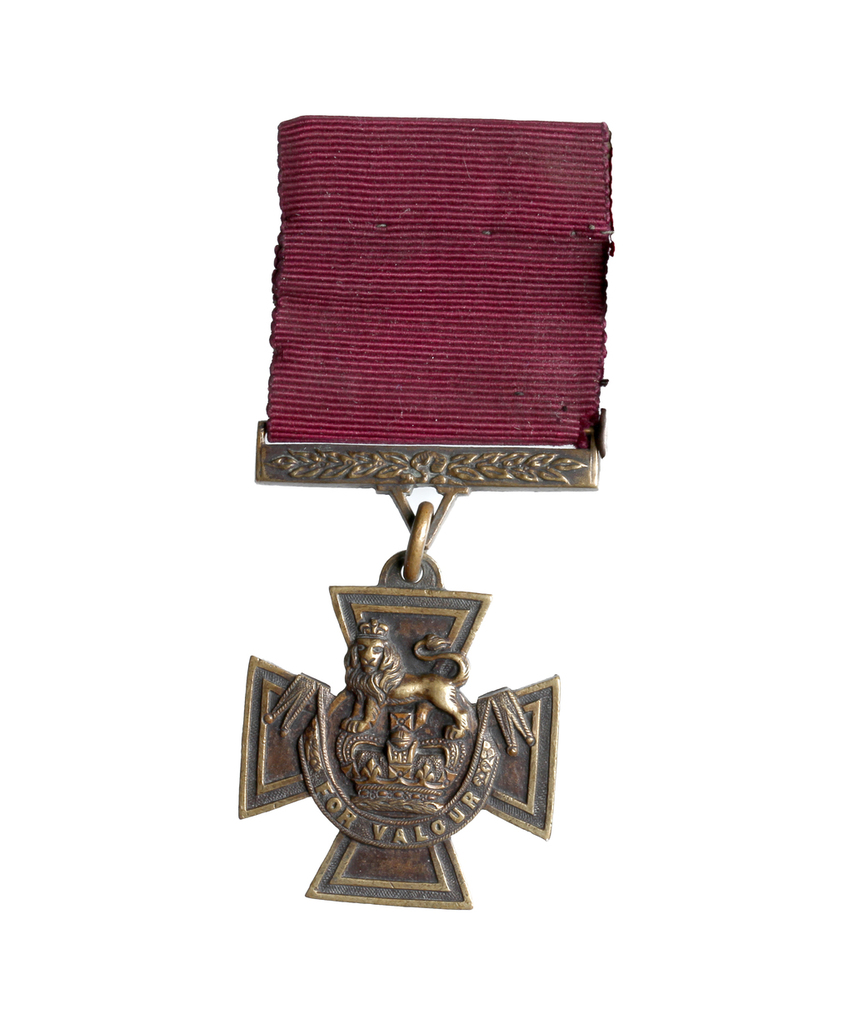 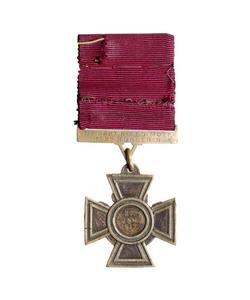 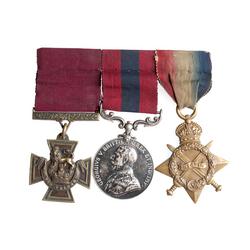 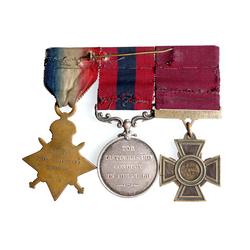 The Victoria Cross is the highest award for gallantry that can be made by the United Kingdom. Instituted in 1856 to recognise deeds done in the Crimean War, reportedly at the suggestion of Prince Albert, the new medal was to be given "for valour". Even today this simple statement justifies the medal's award. The first medals were legendarily struck from bronze from the captured Russian guns of Sebastopol, although it is now believed that the metal came from older Chinese cannon that were found in the Arsenal in 1857. (These weapons may however have been captured from the Russians during the Crimean campaign.) The design was entrusted to the London jewellers' firm of C. F. Hancock & Sons, Holborn, and it is there that the Victoria Cross is still made when it is awarded today.
The fighting on the Somme during the Great War of 1914-1918 is still regarded with horror as one of the greatest bloodbaths ever permitted during modern combat. British casualties at Ypres and on the Somme from 1915 to 1918 outnumbered the entire British casualty list for the whole of the Second World War. Despite the questionable strategy of the Battle, however, this was obviously a place and time where opportunities for deeds of heroism were rife, and thus many medals were awarded during this campaign. This is one of them.
On 27 January 1917 the 1st Battalion of the Border Regiment, in company with the 1st Royal Enniskillen Fusiliers had orders to attack a section of the enemy position south of Le Transloy, known as Landwehr Trench. An artillery barrage of 96 eighteen-pounder guns, with support from 30 Australian howitzers, preceded the attack which began at 5:30 a.m. along a 750-yard front. By 7:00 a.m 117 prisoners had been taken and the first and second objectives had been captured with light casualties. Consolidation on the flank however proved difficult because of the frozen ground, enemy shelling and pernicious sniping. It was here that Sergeant Edward J. Mott became the Border Regiment's first VC of the War. The citation from the London Gazette for 9 March 1917 records his actions as follows: `No. 9887 Sergeant Edward Mott, 1st Bn Border Regiment. For most conspicuous gallantry and initiative when in attack, the company to which he belonged was held up at a strong point by machine gun fire. Although wounded in the eye Sergeant Mott made a rush for the gun and after a fierce struggle seized the gunner and took him prisoner, capturing the gun. It was due to the dash of the non-commissioned officer that the left flank succeeded.'
This medal forms part of what Lester Watson's catalogue lists as Group 2, and its provenance is discussed in the page for that group.

Inscription present: Lion standing over crown with inscription on banner below, on cross