In its origins an unofficial organisation by the City of London for its defence, first recognised by royal charter in 1537, the Honourable Artillery Co. of London is reckoned the oldest regiment of the Royal Army, although it was only formally placed under state control in 1860. In 1907 the Company as a whole was taken into the Territorial Reserve, now the Territorial Army of which it is still a part. Though very much an association first and a military unit second the Company has won numerous battle honours and currently performs surveillance for the NATO Rapid Reaction Force.
In 1894 the Company instituted a sort of alumnus association, the Old Gunners' Club, whose function, as A. A. Payne put it, was "to dine together once a year and to keep the old Field Battery members in touch with each other". Long membership of the Club was marked by this medal, which was to be awarded for not less than seven years' membership.
This medal was awarded to Sergeant Trumpeter W. J. Waterlow, one of the founders of the Club and thus one of the first to receive its medal. It is one of three medals that were awarded to him that are now in the Watson Collection; the others precede this one. The medals are not attached to each other so although the Watson Collection catalogue considers them as Group 5 they have been treated separately here. Nonetheless, it was as a group that Lester Watson purchased them at some point before 1928; they had all previously formed part of the Payne Collection.

Inscription present: Trefoil, each leaf bearing pelleted letter O, G & C respectively, with cannon and balls in upper and halberdier in each of left and right, upper surmounted by winged helm; all on crossed halberds and with laurel sprays around 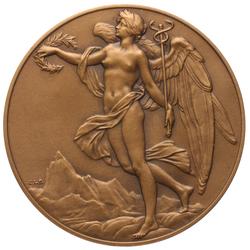 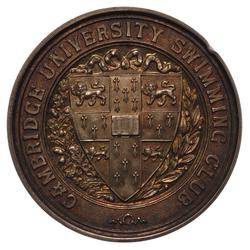 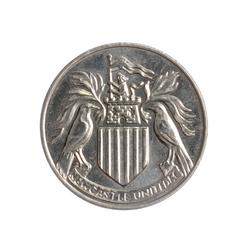 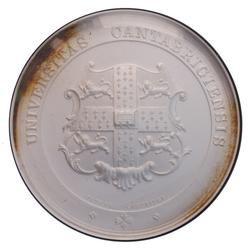