The Great War of 1914-1918 remains the bloodiest conflict in which Britain has ever been engaged. British casualties at Ypres and on the Somme from 1915 to 1918 outnumbered the entire British casualty list for the whole of the Second World War.
This medal was awarded to all members of the British Armed Forces who had fought in the War; some five million were issued. Because of the difficulty, in a conflict that had involved long-range artillery and air bombardment, of deciding eligibility for bars for individual battles, none of these were made. Unlike the Allied Victory Medal, this medal was also awarded to mobilised personnel who had not seen combat.
This medal was awarded to Captain T. M. Monk. It is part of what the catalogue of the Watson Collection considers Group 6, but as it is not physically attached to the group it has been considered separately here. A further part of this group is considered next. This medal was acquired with the rest of the group by Lester Watson at some point before 1928. 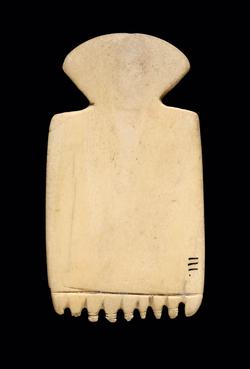