Stoneware, with impressed inscription, ‘S Green 2 Union Place Lambeth’ dusted with cobalt-blue and either very thinly tin-glazed (not normal on stoneware) or salt-glazed. The cobalt has run into the glaze

History note: Found by the donor at Rotherhithe

Given by John Pirie

This stand was probably used for Singleton’s eye ointment. Thomas Singleton (1700-79) of Lambeth Butts sold 'Dr Johnson's Yellow or Golden Ointment' for inflammation of the eyes from around 1750, and on his death his son William inherited the business. He moved to 2, Union Place Lambeth and continued the business until his death in 1807. His daughter Selina carried it on, and her son William Singleton Folgham took over in 1816. He died in in 1825, and in the same year, his daughter, also Selina, inherited the famous recipe, and married the Lambeth potter, Stephen Green of 54 Princes Street, Lambeth. He inherited her share of the business on her death in 1831, and became sole proprietor in 1849. 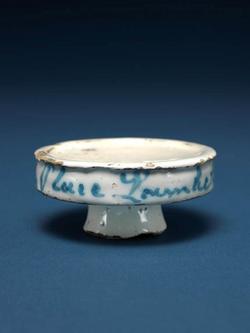 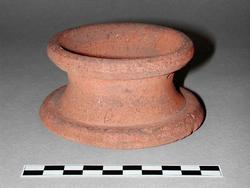 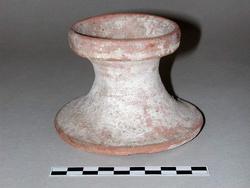 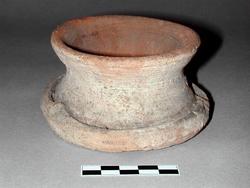 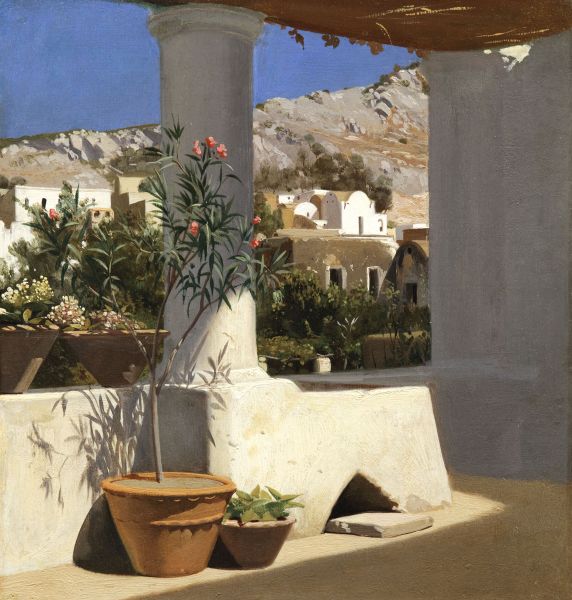 A Terrace on the Isle of Capri

To the Moon and beyond! 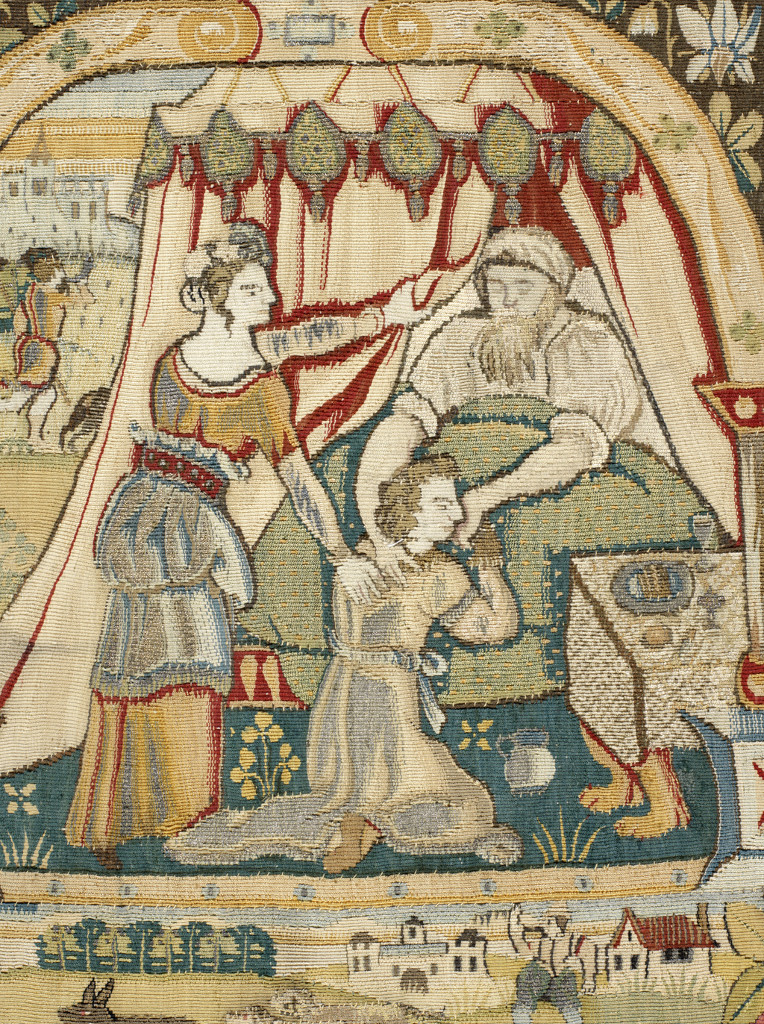