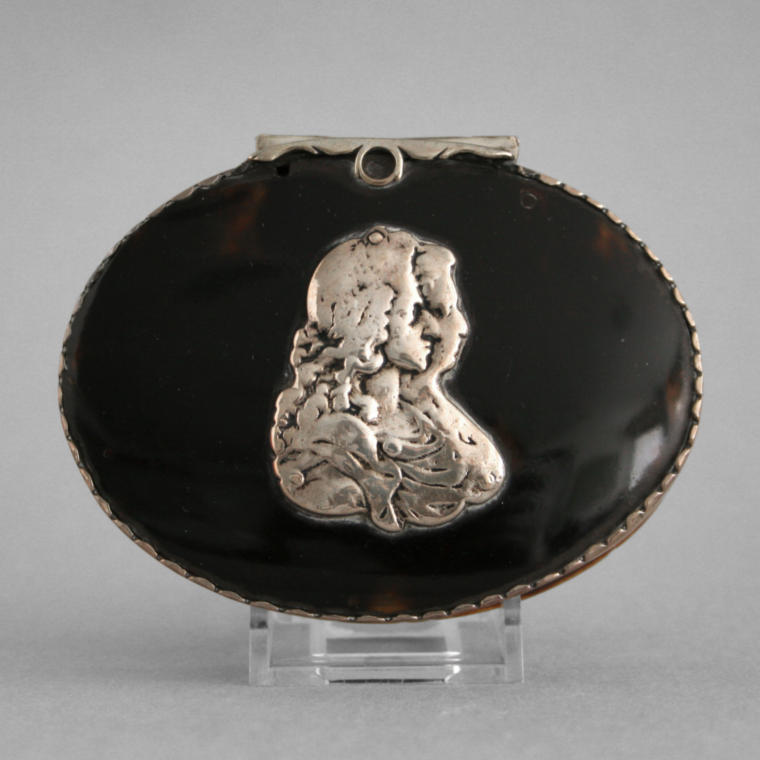 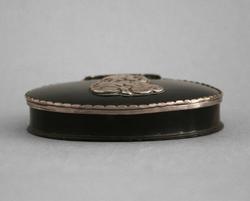 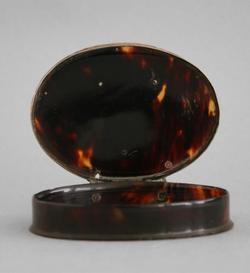 Tortoise shell with silver mounts and stamped and chased portrait bust. Oval box with straight sides and flat lid. The sides of the lid and the projecting hinge are of silver and have a scalloped edge. The top of the lid is set with a double portrait bust of William III and Queen Mary in relief.

The silver does not bear a maker's mark 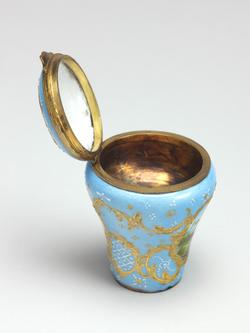 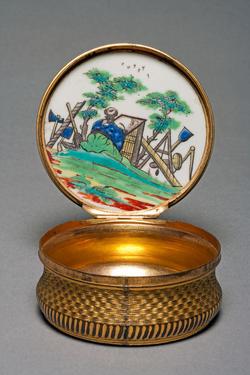 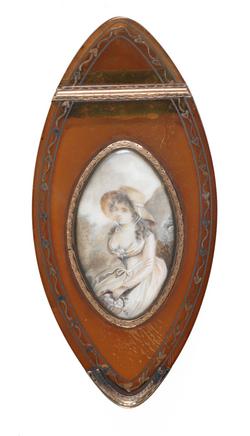 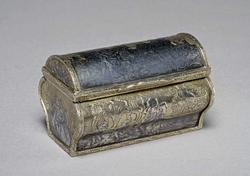