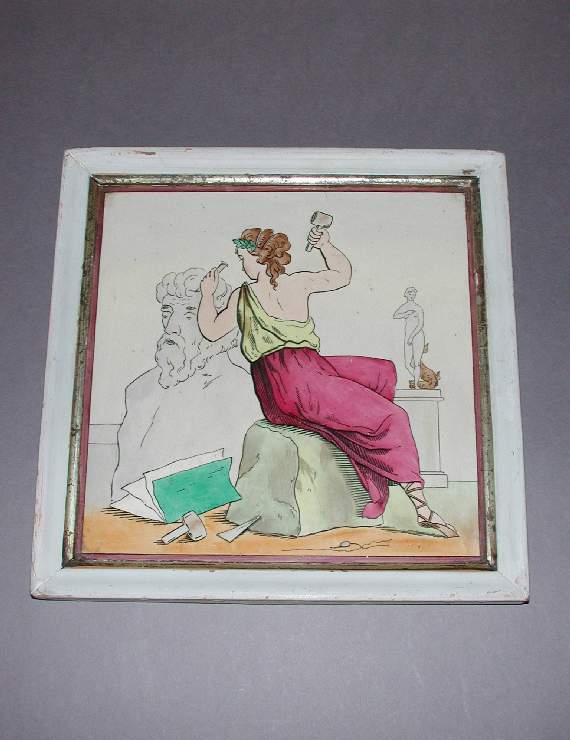 Square, off-white, dust-pressed earthenware tile. Transfer printed design shows a seated allegorical figure of ‘Sculpture’ twisting to work on the hair of a bearded male head. In the background are a sculpted nude female figure and dolphin on a plinth; in the foreground, a book, tools and a plumb line. The figures and objects are filled with shaded blocks of colour. The woman’s skirt is magenta and her classical top yellow. She wears brown Roman sandals and a sprig of green foliage in her brown hair. The back of the tile is pressed into coffered squares, unglazed.

Inscription present: letters in the spaces of moulded grid pattern