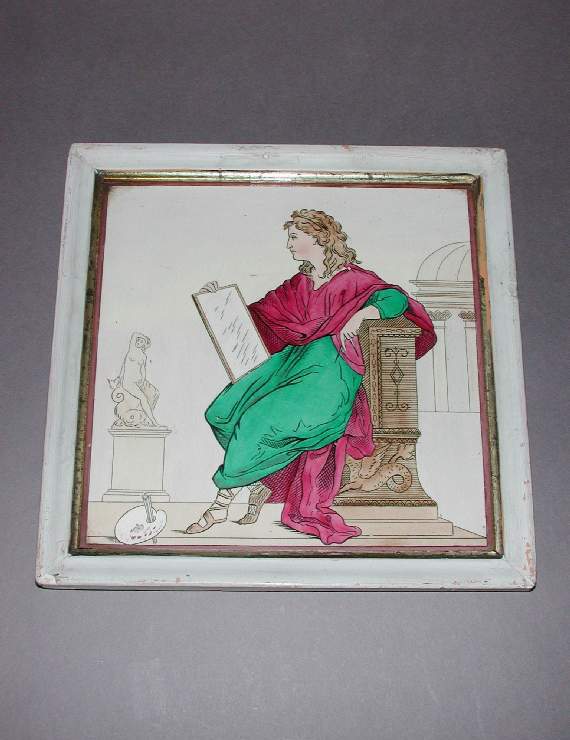 Square, off-white, dust-pressed earthenware tile. Transfer printed design shows a seated allegorical figure of ‘Design’ holding a mirror and a pair of dividers, leans on a decorated plinth. In the background are a sculpted nude female figure and dolphin on a plinth (representing sculpture) and a domed building (representing architecture); in the foreground, a palette and brushes (representing painting). The figures and objects are filled with shaded blocks of colour. The woman’s dress is green, flowing over it is a magenta cloak or shawl. Her shoes and hair, and the plinth, are brown. The back of the tile is pressed into coffered squares, unglazed. 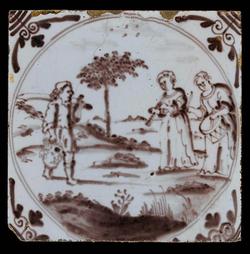 David Returning with the Head of Goliath 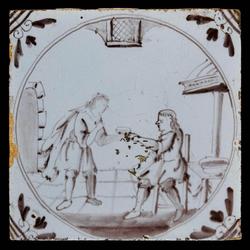