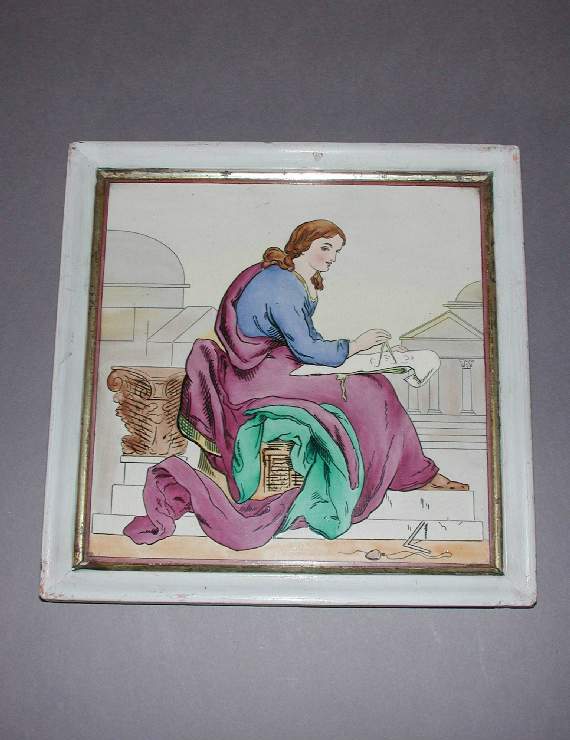 Square, off-white, dust-pressed earthenware tile. Transfer printed design shows an allegorical figure of ‘Architecture’ holding an opened scroll and a pair of dividers, sitting on steps and leaning against a Corinthian capital. In the background are diagrams of two classically-inspired buildings; in the foreground, a set-square and plumb line. The figures and objects are filled with shaded blocks of colour. The woman’s under-shirt is blue, edged with yellow, and covered by a flowing magenta robe with green lining. Her hair, shoes and the capital are brown. The back of the tile is pressed into coffered squares, unglazed.

Inscription present: (probably - obscured by newspaper backing, but on others in this series)