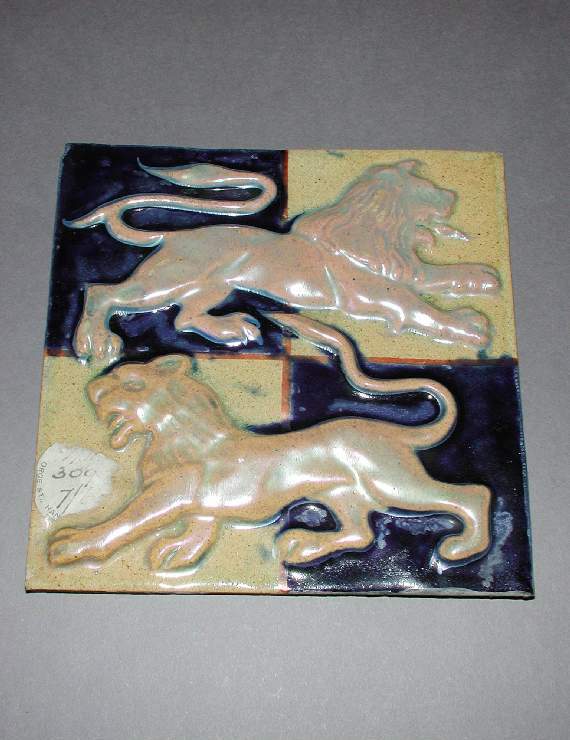 Relief moulded earthenware tile, thinly coated in ochre-tinged slip, painted in under-glaze blue, glazed and lustred. The ground is quartered blue and ochre, the colours separated by a thin line of bronze lustre. Across the surface are two rampant lions, in relief, the male above and facing right, the female below and facing left. The lions are painted with gold lustre, which has run down into the crevices, enhancing the modelling. The sides and reverse are neatly finished, but unglazed.

This design dates from 1972-81, when De Morgan first produced lustreware in Chelsea. Other examples of the tile with the design in relief have been identified from the period between 1888-1898, when he worked in partnership with the architect Halsey Ricardo, at Sands End, Fulham. The mark on this tile indicates that it dates from 1898, so it may also have been made there, or during De Morgan’s subsequent partnership with his kiln-master Frank Iles and the brothers Charles and Fred Passenger (1898-1907). Ricardo (1854-1928) was particularly interested in the use of glazed materials on buildings, to resist the pollution of 19th century London; he also made a number of designs for relief tiles, so may have had a hand in producing this design in relief. Some 820 De Morgan tile designs, including a few by Ricardo, are in the V&A collection, which also holds a version of this tile with a thinly-painted blue background and raised green lions.

Moulding in relief : Earthenware, moulded in relief, slip-coated and decorated with a traced-transfer design, glazed, and painted with lustre
Slip-coating 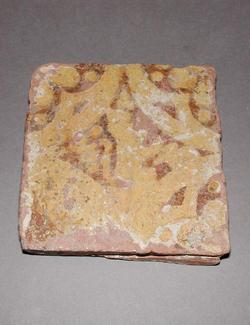 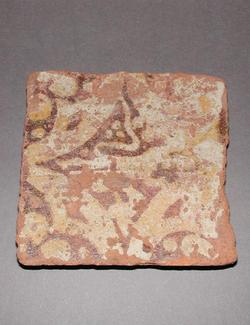 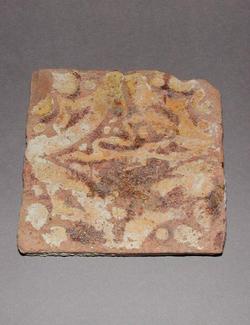 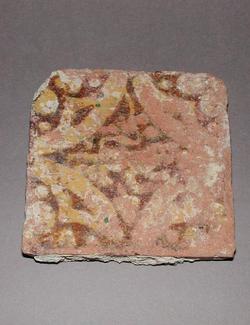