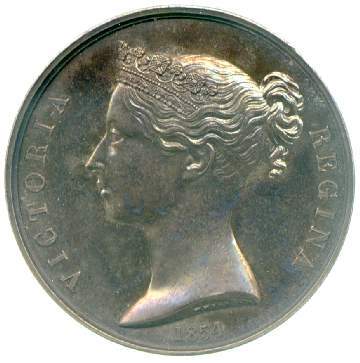 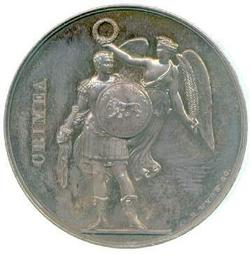 Rivalry between Britain and Russia over India, and between Russia and France over the protection of Christians under Ottoman rule, led in the 1850s to a focus of diplomatic attention on the ailing Ottoman Empire. British diplomatic successes led to a Russian attempt to annexe the Danubian principalities of Moldavia and Wallachia from the Ottomans, and the Russian destruction of the Ottoman Black Sea fleet when Turkey went to war in retaliation. Britain and France moved in support of the Ottomans and although the Danubian provinces were returned the allies' conditions for peace far exceeded this. The Russian refusal to meet these conditions led to full-scale international war in late 1854. The war was mainly composed of allied attempts to reduce Russian fortresses on the Black Sea (and also on the Baltic), of which only the lengthy siege of Sevastopol was successful, but Russia was unable to force withdrawal on the allies and so Tsar Nicholas I made peace in 1856. The medal that was awarded for participation in this conflict was designed by Benjamin Wyon, and this example came from the collection of his descendant Allan Gairdner Wyon, a medallist in his turn. The piece is a regular issue in silver, and bears the number `163' inscribed in the edge, but no name; the medals were very rarely named in the hurry to get them out to their recipients in the Crimea but it seems more likely that this example stayed with Wyon to be passed on to his family.

History note: From the estate of the late Mrs Venetia M. Watson, daughter of the artist's descendant Allan Gairdner Wyon 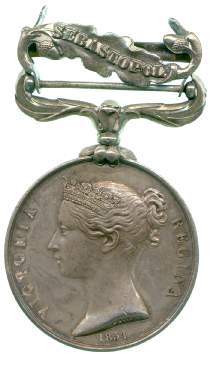 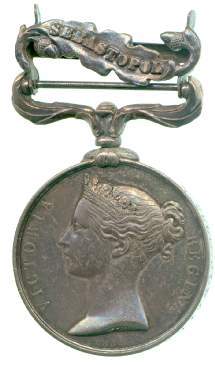 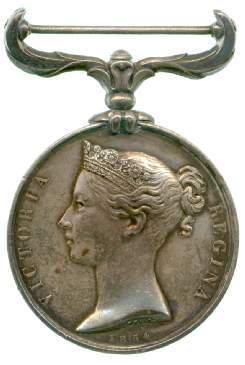