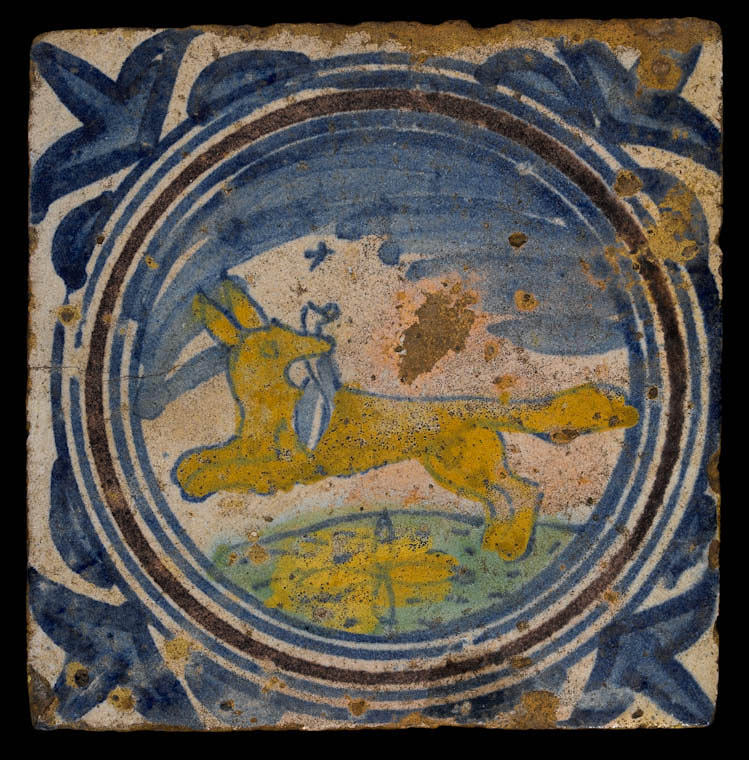 Eartheware, tin-glazed off-white on the upper surface and painted in blue, green, yellow and manganese. In the middle, a fox running to the left within the frame of concentric circles; in each corner, a debased fleur-de-lis or trefoil leaf. There is a hole in the top right-hand and lower left-hand corner.

Formerly attributed to the Netherlands, where analogous tiles were made, but probably English, made either at Aldgate in London between c. 1571-1615 or at Pickleherring pottery in Southwark c. 1620