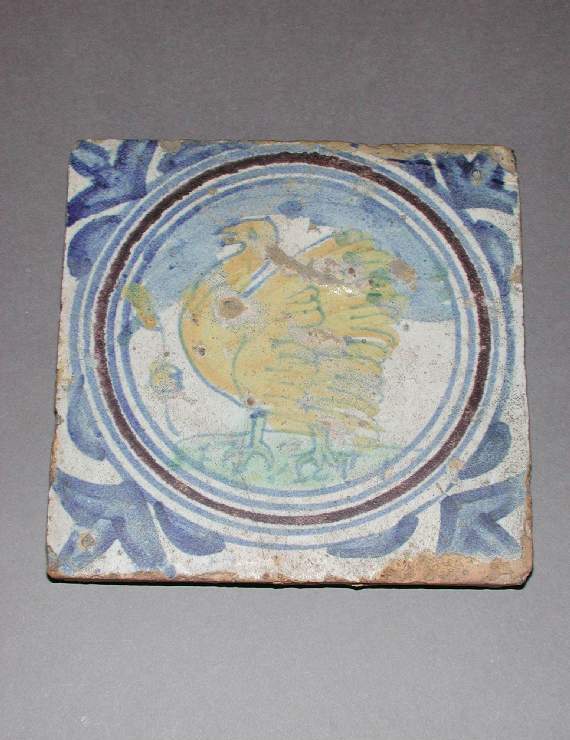 Buff earthenware, tin-glazed off-white on the upper surface and painted in blue, green, yellow and manganese. In the middle, a turkey or buzzard, to left within a frame of one manganese circle flanked by two blue concentric circles; in each corner, a debased fleur-de-lis or trefoil leaf. There is a hole in the top right-hand and lower left-hand corner.

Formerly attributed to the Netherlands, but probably English, made either at Aldgate between c. 1571-1615 or at Pickleherring pottery in Southwark ac. 1620

These tiles came from an unidentified location in Saffron Walden, Essex. Tiles with comparable designs were made in the Netherlands, but many examples executed in London have the same manganese-purple band framing the medallion and similar corners, which suggests that they were made in England. 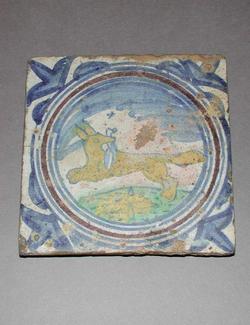 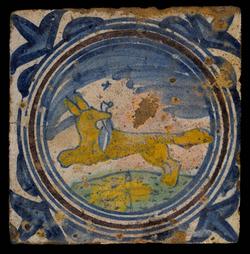 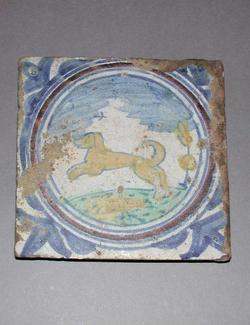 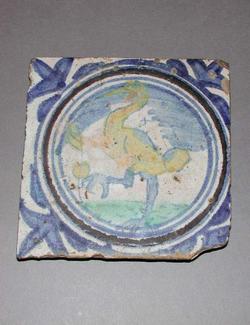