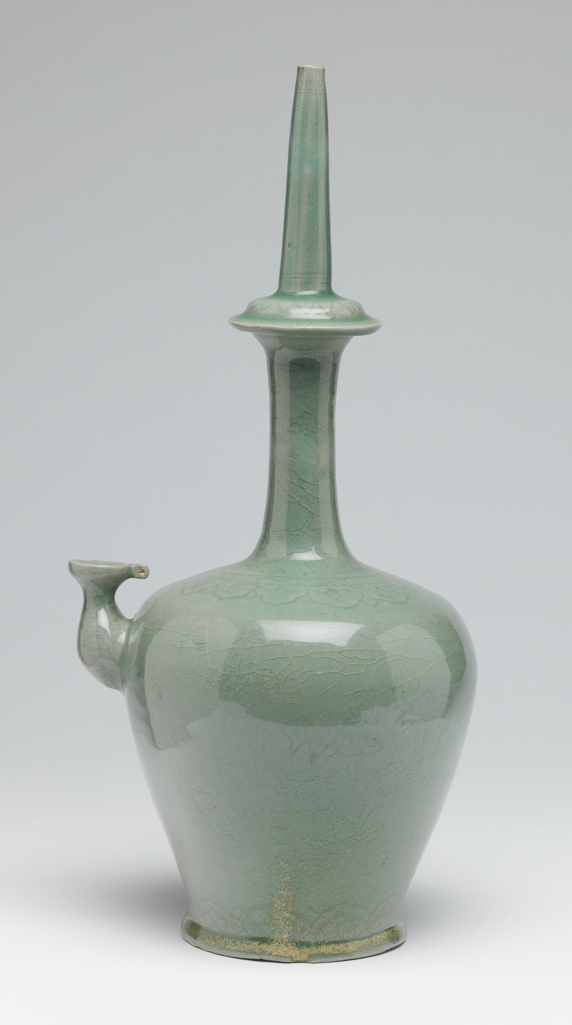 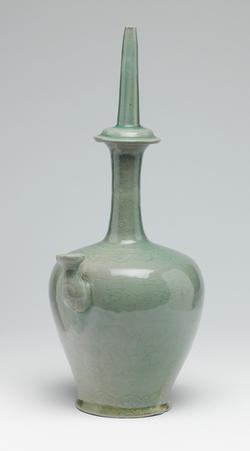 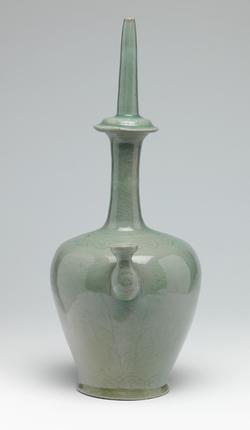 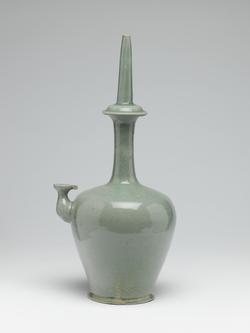 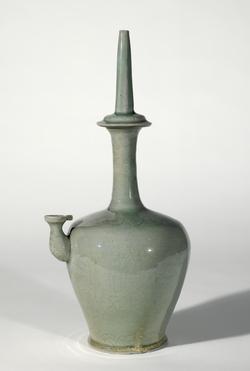 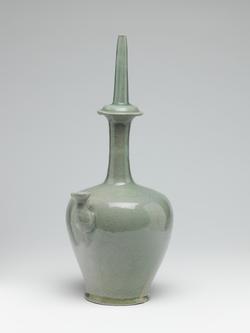 Kundika with willow and waterfowl design. Stoneware, thrown, with parts attached, incised and celadon-glazed. This vessel has an ovoid body with a small spout on one side, and a long neck, with a flanged swelling in the centre. The lower part of the body contracts to a splayed footring, giving it a stable shape. The upper part of the long neck is cut into octagonal form, and has incised cloud motifs on each facet, while the projecting ring shows lotus petals and scrolling foliage. The lower part of the neck is decorated with flying cranes among clouds. A classic-scroll border and youi-heads are finely incised round the shoulder, and a key-fret border and further youi-heads round the foot. The body itself shows willow trees on one side and reeds on the other, with ducks and lotuses, flying cranes and geese delicately engraved be-tween. The glaze has a clear, pale blue-green colour with a fine gloss, and evenly covers the entire vessel; a fine crackle covers the whole surface, and near the foot the glaze has in places discoloured. Five quartzite spur-marks are visible on the base, just inside the footring.

Given by Mr and Mrs G. St. G.M. Gompertz

This type of kundika, which is modelled on bronze examples decorated with silver inlay, was very popular in the Koryo dynasty. Both shape and design are very similar to the metal counterparts. The kundika (Chongbyong) was used in Buddhist ceremonies as a container for water, which was filled in through the spout and sprinkled from the narrow mouth. Similar sherds were excavated at kiln no.7, Sadang-ri, Kangjin-gun, South Cholla province, and were produced in the mature period of Koryo celadon, in the first half of the twelfth century. 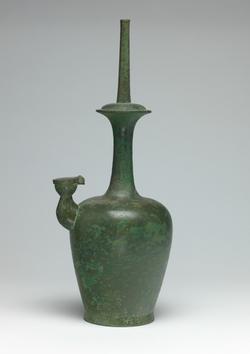