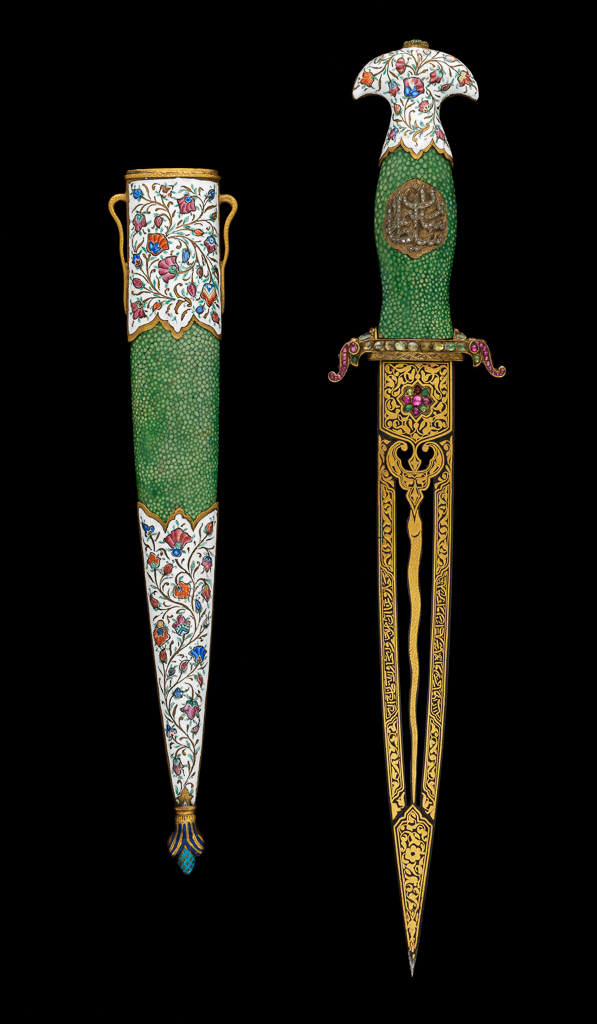 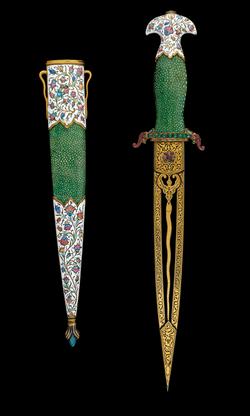 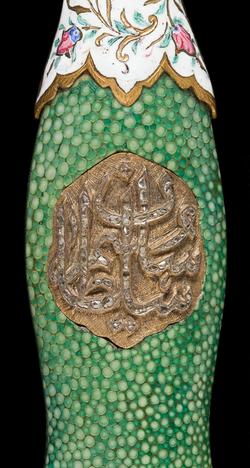 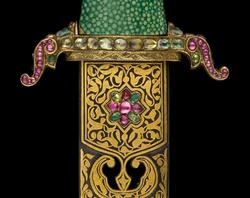 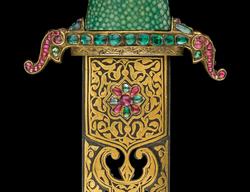 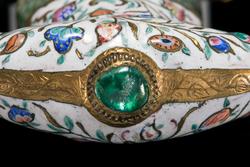 The blade is straight and double edged, fretted with two slots at either side of a medial serpent, and around a lotus bud. The blade is set with four emeralds and five rubies at either side of the forte, and decorated overall with floral panels and inscriptions in thick gold koftgari. The blade bears the date 'sanat 1121' (1709/10 CE).
The hilt comprises a bulbous grip in shagreen, with a medallion of small diamonds in a gilt setting at the centre reading ‘Sultan Selim'. The guard has small forward curved quillons set with various stones and gilded, and a pommel beaked at either side, enamelled in blue, red, pink and yellow in a white ground. The scabbard is of wood covered with shagreen, with large top locket and chape decorated in the same enamel, the chape with a large finial gilt with dark blue and turquoise enamel.

Given by J.R. McClean

The diamond inscription was previously interpreted as 'Sultan Sa’id' but in fact reads, 'Sultan Selim'. This may refer to Sultan Selim III (r. 1789-1807). As the blade is dated 1121 AH (1709-10 CE), it seems likely that the blade was re-hilted (a not uncommon occurrence with blades considered special) during Sultan Selim III’s reign at the end of the 18th century.

This highly decorated dagger has an amazing blade, pierced to create a serpent running up the centre, and set with four emeralds and five rubies. The hilt and scabbard are bound with shark skin (shagreen). The ends of the quillons have stylised elephants heads.

Inscription present: a medallion of small clear stones (glass?) in a gilt setting at the centre reading ‘Sultan Sa’id’.