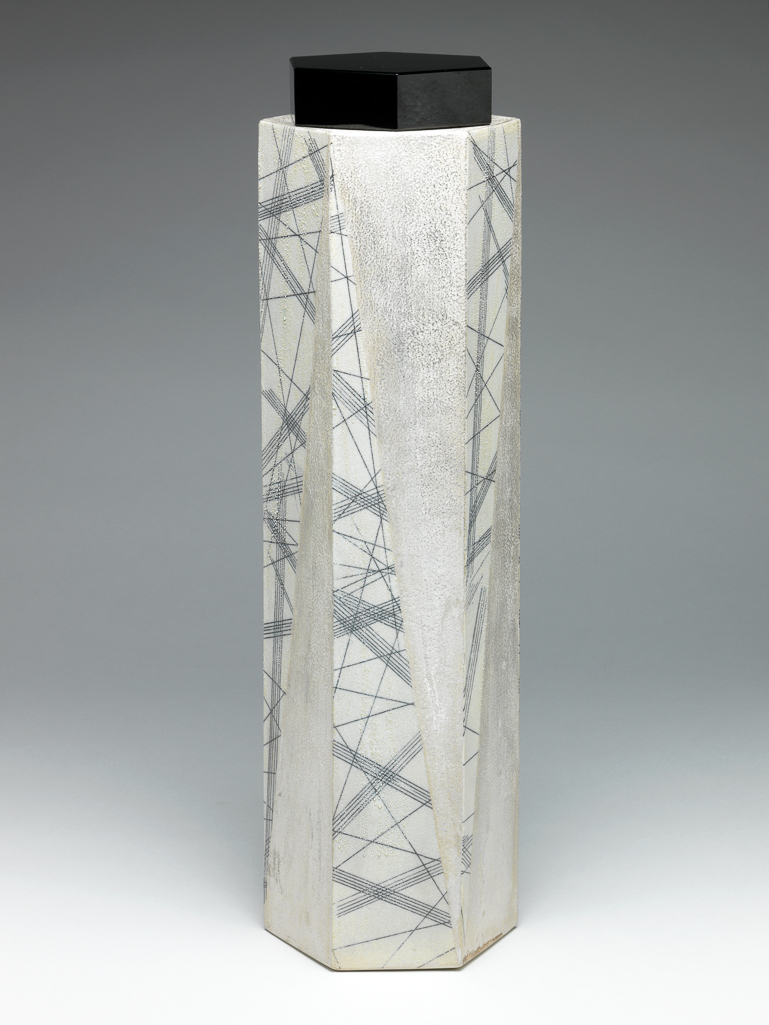 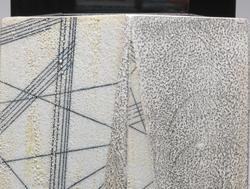 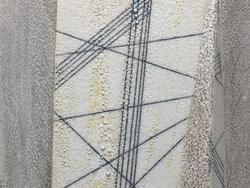 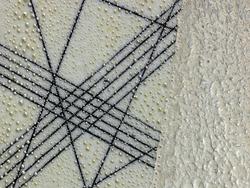 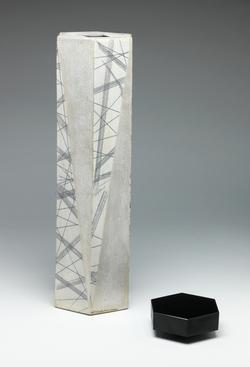 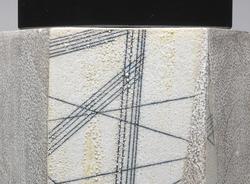 Porcelain decorated with gintekisai (silver mist) over-glaze and a black cast glass lid (A). Tall hexagonal box with straight sides and flat shoulder pierced in the centre by a lozenge-shaped hole. The shallow hexagonal cover has a lozenge-shaped projection in the centre of the underside which fits into the hole. The sides of the box are decorated with elongated silver-grey triangles alternating with wider white triangles crossed by black lines and scattered with silver globules. The interior is black.

Text from object entry in A. Game (2016) ‘Contemporary British Crafts: The Goodison Gift to the Fitzwilliam Museum’. London: Philip Wilson Publishers: Takahiro Kondo is the third generation of his family to work with porcelain. He works from a studio in Kyoto, which belonged to his grandfather, Yuzo Kondo (1902–85), who was designated as a ‘Living National Treasure’ for the mastery of his art. Initially, Takahiro decided on a different career and became a Japanese table tennis champion, followed by a literature degree at Hosei University. However, the family tradition prevailed and in 1985 he graduated from the Kyoto Ceramic Technical Institute. In 1992, The Fitzwilliam Museum hosted an exhibition of the three generations of the Kondo family that introduced his work to a European audience. A solo show at National Museums Scotland in Edinburgh in 1993, in which Kondo showed a group of bold slabbed porcelain vessels with dynamic abstract markings, technically but not aesthetically indebted to the sometsuke (blue-and white) tradition, began a long-standing connection with Scotland. This culminated in a Masters degree in Design and Applied Art in 2003 at Edinburgh College of Art, where he made a particular study of glass techniques, seen here in this lidded form. He has exhibited and is collected internationally. 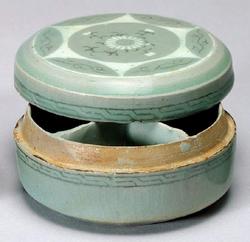 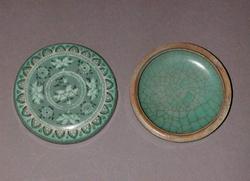 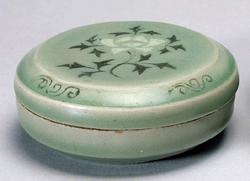 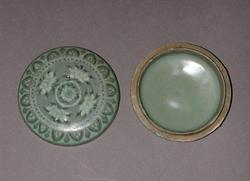