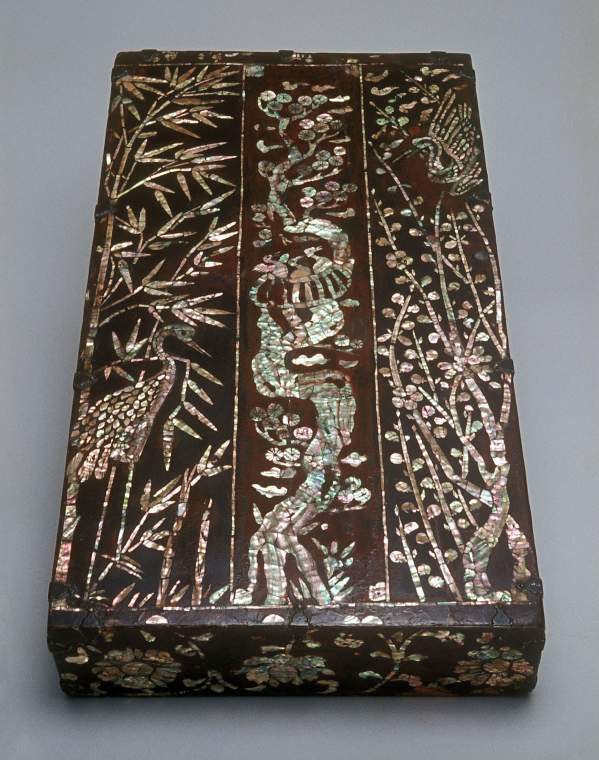 Clothes box with bamboo, pine and prunus. Lacquer on wooden core, inlaid with mother of pearl. Choson Dynasty. This box which is covered with black-lacquered shark-skin and lined with paper, is completely enclosed by its cover, which reaches down to the base. The corners are protected by iron fittings. The reddish-brown lacquer is inlaid with mother of pearl. The top is divided into three zones, which are decorated, respectively, with a crane among bamboo, a bird's nest in a pine tree, and another crane flying above a prunus tree. The sides are inlaid with a composite flower-scroll. Where the lacquer is missing the underdrawing of the design in black ink is revealed on the wooden core.

Bought with the Cunliffe Fund

The box may have been used to hold official or ceremonial robes. Similar motifs frequently appear in Korean porcelain of the eighteenth century.