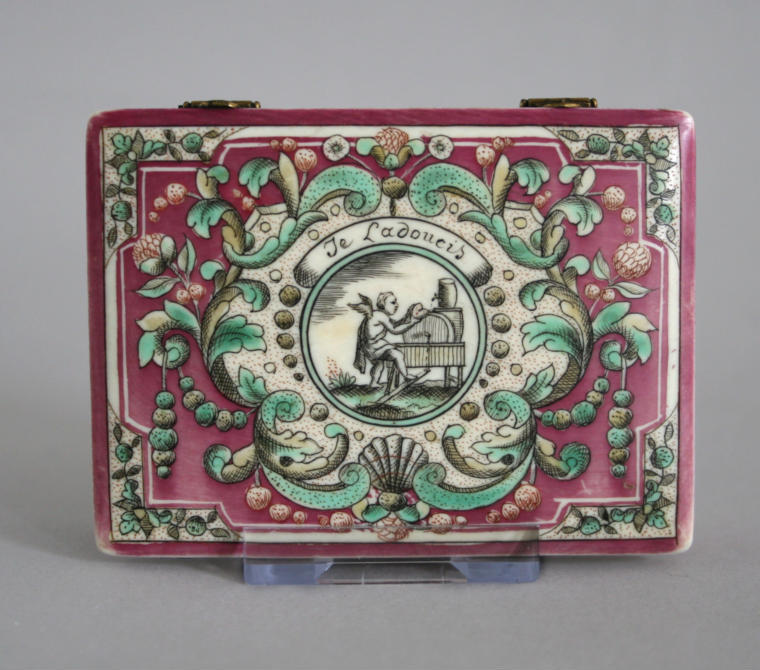 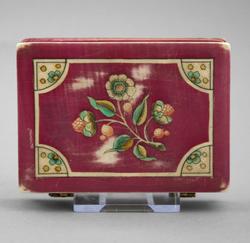 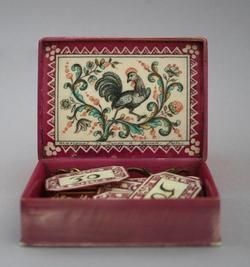 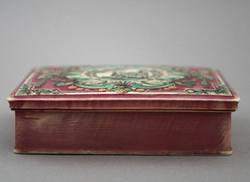 Ivory, engraved and painted in magenta, black pink and yellow, with gilt metal hinges. Rectangular, the base with straight sides. The moulded sides of the lid projecting slightly over the base. The two projecting hinges are pinned to a metal scroll inside the box. The upper surface and interior of the lid and the base are engraved in outline in black and painted on a magenta ground. The top of the lid is decorated with a roundel of Cupid at a grindstone, a heart held in his hands against the stone, and his right foot on the pedal. The scroll above the roundel is inscribed 'Je la doucis'. The roundel is surrounded by scrolling foliage, flowers, pendant garlands and a shell in green, pink and yellow. At each corner is a swag of green fruit on a pink stippled ground. The inside of the lid is decorated with a cockerel surrounded by green, pink and yellow scrolling foliage and flowers within a black border beneath which is the inscription 'Mariaval le Jeune a Rouen fecit'. The base is decorated with a pink, green and yellow spray of three flowers in a white border. The box contains 19 long narrow counters decorated on both sides with a floral design on a magenta ground, and six elongated octagonal counters decorated on both sides with a magenta floral border, and numbered in black '5', '10', '20', '30' '40' or '50'. Each counter is drilled with a small hole near the edge. (with M.14 & A-R-1938, M.15 & A-Z-1938 and M.17 & A-X-1938)

Mariaval le Jeune was an engraver on ivory in Rouen and in Paris in the early to mid 18th century. He designed the card game Reversino (Reversis) in which the object is to avoid winning tricks. This set of four boxes are probably intended for this game. 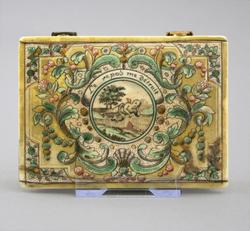 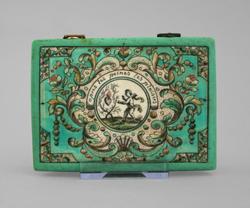 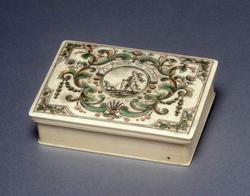 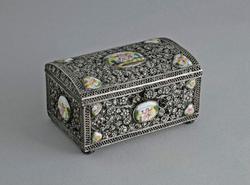 Making the World of Cupid and Psyche 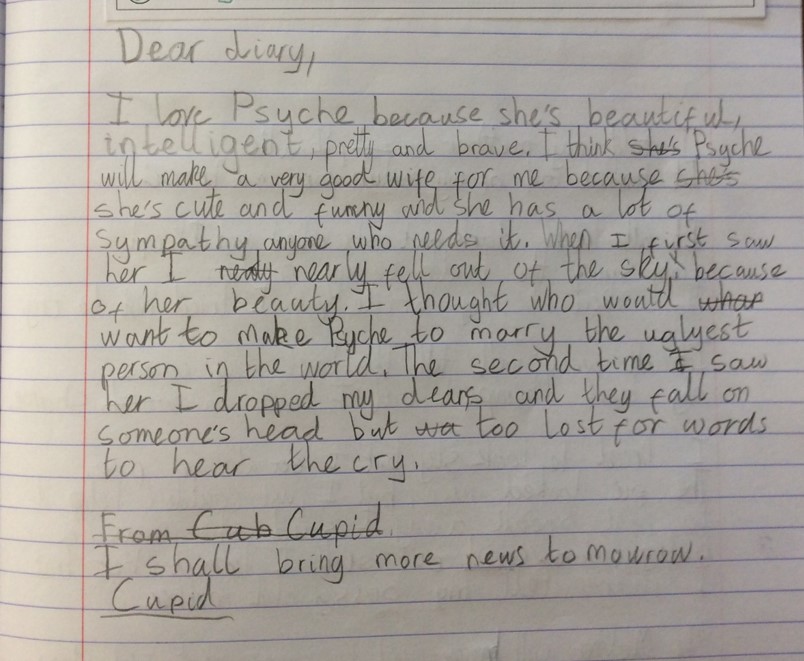